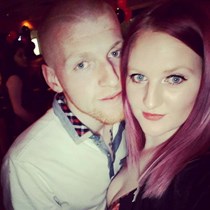 Weʼve raised £410 to help with funds for scarlett to see a private consultant.

Scarlett first started with croup at the age of 1, since then has had over 15 episodes & had steroids for almost every episode. In addition to this she has had over 14 nasty chest infections, multiple ear infections and has never really been well for longer than a 3 week period. In Oct 2017 she was rushed into hospital with a chest & ear infection, raging temperature, fever and lifeless. After several test they said she has suspected lymes disease so put her on a 3 week course of antibiotics. Her symptoms continued & she was very lethargic for months & unable to participate in 'normal' day to day activities she continued to be poorly and was in and out of pre school barely able to attend for a full week.In feb 2018 preschool rang jane & asked her to pick her up immediately as she was been violently sick and had a fever. She took her straight to A&E who told her it was viral & to take her home, which jane knew it was more serious. Later that afternoon Scarlett was rushed to the GP who took one look at her and knew something was wrong. After the examination they rang for an ambulance who rushed her to hospital with suspected sepsis. Once her bloods came back it was confirmed she had influenza and sepsis. She was critical but thankfully was discharged 5 days later. In march she was poorly with chest/ear infection, this time her GP took further bloods & came back with something called selective IGA which is an auto immune deficiency & is missing the antibodies that fight infection. He explained that she would more than likely need a blood infusion and referred them to a paedric consultant.
On July 10th they went to the consultant who said he is sorry to disappoint them but he does not believe in selective IGA and that Scarlett has just had a bad run! As you can imagine this was devastating. On the 16th July Scarlett went to bed perfectly fine and then woke up at 11.30pm foaming at the mouth, gasping for her breathe & barking cough! She desperately needs more answers.