Weʼre raising £800 to Help fund the replacement of Community Christmas lights which were stolen from Sheriffhales Village Green on Saturday 30th November 2019.

Please can you help? We are raising money towards replacement lights for our Sheriffhales Village Green Christmas display because, on Saturday 1st December 2019, about 80% of the display was stolen by some vile people just a day after switch-on. They came in the dead of night (rather like Santa but with far more sinister intent) and ripped a herd of 7 sparkly Reindeer from their electrical moorings, plus all the fairy light strings they could grapple and threw them into a waiting vehicle. They smashed open the electrical control panel and so this will also need to be replaced.

The Sheriffhales community Christmas light display has been headed up and co-ordinated by Peter Young, local retiree and community stalwart, and his band of merry volunteers for the last 11 years; usually in appalling weather. He says himself that he does it for the children and the joy it brings and he is absolutely heartbroken to see his hard work come to nothing this year. A similar theft occurred in 2013 unfortunately resulting in the items being chained up and locked - but the thieves came prepared with bolt cutters.

Peter Young (below) assessing the damage.... 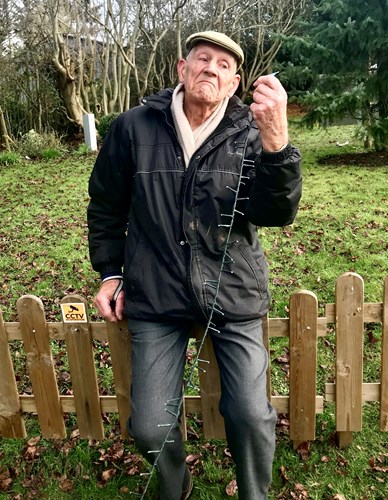 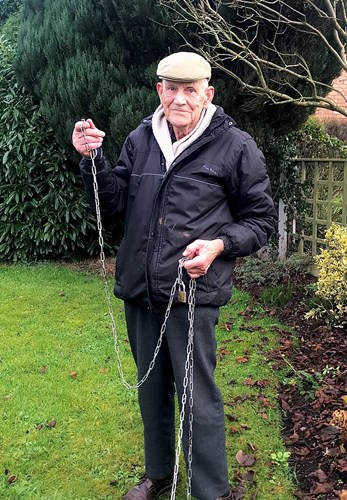 We are seeking donations to help fund the purchase of new lights and equipment for next year, including the acquisition of an anti theft alarm and motion sensor lights to protect the investment.

Carols around the Christmas tree will take place as usual during the Carol Singing event but around a rather depleted display unfortunately.

Meanwhile, any donations of unwanted exterior lights are gratefully being accepted by the volunteers up until Wednesday 11th December and we will arrange for PAT testing to be done and get them installed on 14th December - we won't let them beat us.