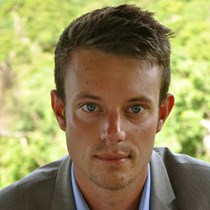 Weʼve raised £270 to get 13 year-old Shermor to Boston, USA for critical burns treatment

Young Shermor from Carriacou, Grenada has the chance to receive life-changing treatment, but needs lots of support to make it happen. Shermor Charles, 13, a Form 2 student of Hillsborough Secondary School and resident of Harvey Vale, suffered third degree burns four years ago when he was only 9 years old. Shermor has since experienced discomfort, unnatural skin growth and scarring and is considered a priority case for treatment that will help his skin return to normal.

Shriners Hospital for Children in Boston, USA has agreed to accept Shermor and to provide his critical treatment at no expense, treatment that is not available in Carriacou or Grenada. The hospital specialises in burn injuries for children and provides cutting-edge medical care.

However, to get Shermor his much-needed treatment, funds are needed for:
• Return flights / accommodation in Barbados to obtain visas for Shermor and sister
• Visa expenses
• Elements of treatment not covered by Shriners Hospital (dressings and medication)
• Travel and living expenses in Boston, USA

The Children’s Burn Foundation of Los Angeles is already supporting:
• Return flights to Boston for Shermor and his sister
• A food stipend in Boston

It is also vital that accommodation is found for Shermor and Christonia in Boston for up to six months and both would really appreciate introductions to the city and to new friends. Please message us if you could support Shermor in this way.

Shermor and Christonia are likely to be leaving for Boston in March 2017. Donations are vital since Shermor will need to return to Boston for further treatment numerous times until he is 18 years old. Shermor’s sister, Christonia, a waitress at the Kayak Kafe in Hillsborough, will be travelling with him to Boston to support him and act as his guardian.

Shermor loves playing football and dreams of becoming a scientist. In his own words, Shermor said “I am extremely grateful for the assistance I am receiving.”