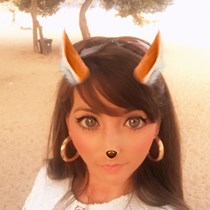 Weʼve raised £6,207 to To help a family make memories that will last forever and also pay for medical help if needed

Sienna aged 2 one of a twin with 2 older brothers . Back on June 16th sienna was diagnosed with a tumour to her spine ,after spending 3 days in stoke where they tried to tell her she had an abscess and mummy fought to get MRI within 3 hours after scan results father was told she had a neuroblastoma tumour ,he was told this while mother had popped home he was also told she was likely to lose the use of her legs if we don't get her to great ormond street that evening . within 2 hours sienna and mum were off in ambulance under a blue light , we arrived to be on an operating table within 12 hours and cemo started in 24 hours .

Sienna was transferred to john Radcliffe within 5 days where she remains she continued to have a further three months of chemotherapy. sadly this did not work for sienna and her spine collapsed which only meant surgery , they were given between 5-10% chance of her walking again but 5 weeks on and she is walking slowly pushing things . She has since had stem cells removed to enable her next part of treatment plan which is high dose cemotherapy .

Sienna still has a long journey ahead which can give many surprises as no day is easy and no day is the same ,after now undergoing major surgery where she was given 5% chance of walking again sienna bounces back. 3 months on after further treatment they decide to offer major surgery to remove/debulk her tumour where unfortunatly the worse news became true the tumour was unable to be removed at all due to its location around the spine it has also connected its self to the back of her kidney which was connected to the major blood vessel of the legs removal of this would lose the use of her legs , so after another large scare we are no further forward so we continue to follow what we are advised to give sienna the best possible chances. very rarely does sienna not see a nurse daily either for bloods ,dressing changes or even blood transfusions ,she still remains to smile .

We are now not sure of her protocol and await more meetings with specialist and consultants.

We want to raise as much as we can to be able to fall back on for possible help knowledge and medicine throughout her treatment this could also lead to many complications needing further funds any money we feel safe to take from this fund for the family to enjoy as much time together through the next few months and after that we feel it will give them all something to look forward to whether that be a day out a weekend away or a family holiday when they're in A safer place later in the year as the siblings are finding this greatly challenging as well.

I am a close friend of the family and it breaks my heart to think what they are going through and have still got to go through. I want to help them as much as I can and you all can help to. Thank you