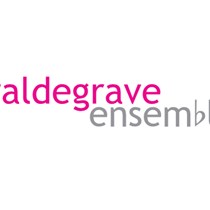 Weʼve raised £433 to Fund the production and filming of the new musical drama ‘Silence and Joy’ by Sue Blundell, and future live productions in 2021.

Actors and musicians join forces to tell the story of an exquisite piece of music, and the three men behind its creation.

Our new musical drama presents Lloyd Morris as the troubled composer Ludwig van Beethoven, Ben Scheck as the black virtuoso violinist George Bridgetower, and Matthew Coulton as Ferdinand Ries, the piano student who helps to bring the two together. The outcome is an intense but stormy relationship and the first performance of the work now known as the Kreutzer Sonata.

The show celebrates both the 250th anniversary of Beethoven’s birth, and Black History Month in October 2020.

Since our live performances of the play have had to be postponed during the COVID-19 epidemic, our brilliant team has worked hard to produce an online recording of the first act which will be premiered at 8pm on Friday 30th October on YouTube and will then be available to watch any time after.

Funds raised through this campaign will go towards the costs of filming and editing the show’s first Act and towards future live productions planned for spring 2021, when we hope theatres will once again be opening their doors.

The Waldegrave Ensemble are a flexible group who set out to embrace new ways to engage their audiences during their performances; incorporating storytelling or theatre into performances or collaborating with dancers and using visual stimulus to enrich their listeners experiences.