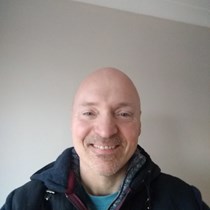 The contribution of black men and women to the history of the United Kingdom is very much in focus. There is also the recognition that their lives and stories have hitherto been largely neglected and not given proper focus. This is true of the role of black sailors who helped to crew the ships of Britain's merchant marine. One such man was 21-year old Nigerian John Myers (sometimes spelt as Meyer) who was on his second voyage at sea. He was a coal trimmer, working in the engine room shovelling coal on the SS Falaba. This Elder Dempster vessel was sailing from Liverpool to Sierra Leone in March 1915. John was one of 18 black crew members on board. On 28 March 1915 at around 38 miles west of the Smalls the ship was overtaken by U-28 (Georg Gunther von Forstner. The captain of the Falaba was given a matter of minutes to evacuate the ship of its 95 crew and 147 passengers. This process was rather haphazard and chaotic. The U-boat fired a torpedo while most people were still on the ship. The 4,806 ton Falaba sank in 8 minutes and 104 passengers and crew died in the explosion or of hypothermia in the freezing waters. Witnesses testified how the U-boat crew laughed and jeered as the survivors struggled in the water. The sinking was profoundly shocking being the first submarine attack on a passenger ship during the First World War. The sinking was described as 'the most atrocious crime yet committed by the German submarine pirates.' There was also an American fatality. Leon C. Thrasher was a mining engineer who died and this caused considerable diplomatic tension between Germany and a then still neutral United States. The bodies of eight victims were taken into Milford Haven where an inquest was held. The body of John Myers was identified by John Thomas another Nigerian who was chief fireman on the Falaba. The departure of the bodies of the victims from Milford Haven railway station attracted huge crowds as they were repatriated to their families across the country. The one person who was not sent away was John Myers. This 'negro fireman' as he was described was buried at Milford Haven cemetery in a ceremony performed by the Rev. F. T. Oswell. Sixty years later another couple of completely unconnected burials took place in the same plot. This is a generic photograph showing black seamen. Sadly no photograph of John Myers has been traced.

For 105 years John Myers has laid in an unmarked grave. This young black man was the victim of a shocking attack against an unarmed passenger ship near the Pembrokeshire coast in 1915 which reverberated around the world. This was quickly overshadowed by an even greater tragedy at sea when the Lusitania was sunk off the coast of Ireland on 7 May 1915 and 1198 people died.

Let us remember this young Nigerian who died serving in Britain's merchant fleet a century ago. Let's give him a memorial he richly deserves. Historical black lives matter.

The sum hoping to be raised will fund a headstone and possible need to buy the grave plot. Any surplus will fund the identification of other black actors in the history of Pembrokeshire and research into their lives.