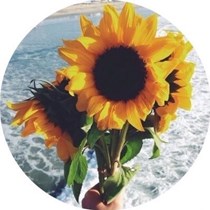 Weʼve raised £5,480 to help raise vital funds for Phelans therapy, in his fight against neuroblastoma

Phelan, is 4 years old. Since September this year he has been fighting a Cancer called Neuroblastoma for the second time in his young life. Phelan is currently having treatment but is hoping to have some complimentary therapy to support his fight.
Phelan lives at home with his Mummy and Daddy, and his 2 brothers, both Phelan and his older brother attended sunshine nursery from a young age and we know the family well, we all care deeply for them and really want to help. Phelan was first diagnosed with Neuroblastoma when he was just 18 months old. He has already had chemotherapy, radiotherapy, surgery and a stem cell transplant, he was also part of immunotherapy trials at the University of Southampton research centre. In an article featured in the Daily Echo George Jordan, Phelans father said: "It may not be about you today but it could be about your family tomorrow."
Each treatment will cost approximately £500 and we are all supporting Phelan's fight. Any donation large or small would be so gratefully received.