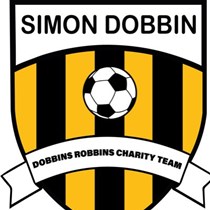 I've been a Cambridge Utd fan since I was aged about 5 and love going to the Abbey even if its slightly less each season due to family commitments. In the last few years I have organised Charity matches with ex Cambridge United players and we raised a few thousand ££'s for Great Ormand Street Hospital.
This time however, this event is very very different! Not only is it for a great cause it is also one for ALL football Fans to enjoy and support!
Having been a U's fan for many years i've witnessed the highs and lows at home and away games without any trou...ble. The news we all received after the Southend vs Cambridge game in March 2015 shocked not only Cambridge fans but all decent fans around the Country. On that fateful day U's fan Simon Dobbin a loving, caring, out going, funny man had not only his life but his whole family lives changed in an instant. Simon was attacked on his way back to the train station with a friend and brutally beaten by 13 people. An innocent victim of wanton violence.
The unprovoked attack left him in a coma for a month or so. When he came round they received the sad news that Simon had permanent brain damage. This has resulted in Simon not being able to talk, walk, use his hands and needs constant around the clock care. Life changing result. Whilst this is a change of lifestyle no one wishes on any one his wife Nicole and his daughter Emily have dealt with it the best they can. Their reality motivated me and I decided along with Ely City FC, to hold a Charity event for Simon and his family to raise funds for his needs which will be many over his life time.
We will have entertainment for the kids ie bouncy castle, face painting, fair ground ride and more to help make it a 'family' occasion!
The main event is team Boughtwood-Eason vs an ex Cambridge United 'legends' team rousted up by U's favourite and star Danny Potter to whom we all appreciate and thank! Both teams will have a mixture of ex Pros alongside fan spots.

we are raising money for a awesome family who had their lives turned upside down in march 2015. Simon was attacked by 13 men after a footy match in Southend and suffered serious brain damage. we are trying to help his family with some extra funds to help Simon.