Simon Richardson MBE was part of the best Paralympic British Cycling Team who won a lot of medals in Beijing 2008 winning 2 Golds and 1 Silver Medal as well as breaking 2 World Records. 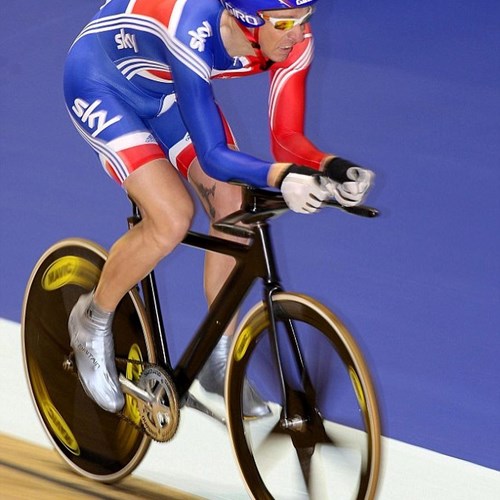 In 2001 Simon was clipped by a car whilst out training and broke his right leg and his back. After 4 years of recovery he started back on a stationary bike, a year he started going to the Velodrome regular where I was spotted by the Welsh Disability Coach, he helped him set up his bike to suit him. and out of the blue he had phone call from the British Coach asking him to do some guest rides for them. So he spent 2007 racing for them and was taken to the 2007 World Championships and then the Beijing Games.

Then in 2011 whilst out training for London 2012 qualifying Simon was hit by a drunk driver and was left for dead at side of road. I was air lifter to hospital and in a coma for 15 days and just managed to pull through. He had to many injuries to name now, but the main one was he broke his back in a lot of places and was in a body brace for a few months before they operated on his back .

Now 9 years on after having many operations, Simon is aiming to get back on the bike and start training.

So that Simon can get back into Racing he needs to raise enough funds to buy a new bike and equipment, so my husband and I have planned to do a Virtual Climb of Mount Everest by walking 130 km over one month.

So please dig deep and help Simon get back into Racing.