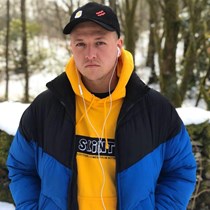 I am raising money for my chosen charity www.88bikes.org. They are a great charity who are making a HUGE difference!

88 Bikes was started in 2006 and in November 2006 with its first project in partnership with the friends of Cambodian children, to raise funds for 88 bikes.

After exceeding its fundraising goal in just 2 weeks, the organization gave 88 bikes to 88 kids at the Palm Tree Orphanage in Phnom Penh, Cambodia in January 2007. In January of 2008, 88bikes completed its second project with the Global Youth Partnership for Africa in Patongo, Uganda, donating 200 bikes to children at a refugee camp in this war-torn region of Northern Uganda. 88bikes has since added endowment locations in Uganda, Peru, Vietnam, Nepal, India, Ghana, Mongolia and Tanzania. In addition, 88bikes provides the girls with bike maintenance training, group bike rides, and bike-based job skills. In 2013, 88bikes launched Seamless Possibilities, a rigorous, week-long dressmaking workshop. Since 2011, 88bikes has evolved to focus on girls, especially the heroic survivors of human trafficking.