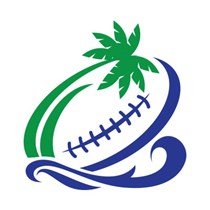 Weʼve raised £30,629 to help fund multiple residency status applications and cost of living for Sione Vaiomounga and his family.

Sione Vaiomounga is a former Tongan international rugby player who played in the 2011 World Cup.

He signed his first professional contract with Baia Mare in Romania in 2014 hoping it would be the first step to a successful career in Europe.

His first season went well but the night before a semi-final match blood started pouring out of his nose and wouldn’t stop. It turned out he had suffered kidney failure and he ended up in hospital for the next three months.

That was also the end of his rugby career.

Three years on and he is still in Baia Mare. Hospitals back in Tonga don’t have the dialysis machines he needs to survive so he can’t go home but in three months’ time his visa will expire and he faces deportation along with his wife Sala and their two children – Jesyda (3) and Sione Junior (10 months).

Since his rugby contract ended he has struggled to find a job as he is on dialysis three nights a week between 9pm and 2am which leaves him too tired to do anything the next day.

His wife cannot get a job due to the terms of her visa so they are totally dependent on support from family back home and local friends in Romania to survive.

Their dream is to get a visa to either New Zealand or the USA – where they have family – but the process is complicated and expensive. More likely, they will apply for new visas to remain in Romania.

In Sione's words: "As long as we are together we are happy. "

We are hoping to raise funds that will help Sione and his family live day to day plus cover expenses related to all of the residency status applications they have to make.

You can donate via this page and check for updates on their progress.

Thanks for reading and for your support.

Pacific Rugby Players Welfare is an independent not-for-profit organisation that supports professional and semi-professional players of Pacific Island heritage in the UK and Europe – enabling their ongoing success both on and off the field.