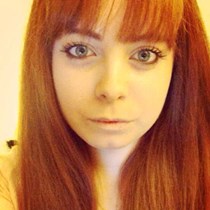 Weʼve raised £300 to help gorgeous Alfie Evans get the help he desperately needs I am doing a 15,000ft skydive.Please donate/share💜

Alfie Evans is a 13 mo old boy and is currently at Alderhay Hospital in the PICU. Alfie is suffering from epilepsy, or constant, chronic seizures.

Alfie was born healthy and on time. He was discharged after 3 days. He grew and fed well, but didn't meet milestones. Alfie was a very sleepy baby who loved his sleep and when he was awake he was an agitated baby.
After a couple of weeks his parents noticed he wasn't doing things he should e.g lifting his head up,looking at us for more than 20 seconds,grabbing his dummy,eating his hands,making gaga noises,etc. We also noticed he was doing a jerking movement with his hands, arms and legs and eyes would roll up. He always had his hands clenched into a fist too. He just didn't do what he should of been doing so Kate took him the doctors, overall three times, and doctors said he was lazy and a late developer.
Months went by and Alfie went backward instead of forwards. He started making more jerking movement and wasn't himself at all! This went on until Alfie got a chest infection. The infection led him to have a myoclonic jerking spasm.
This is when he was first put on life support. His family were told in the new year that Alfie wasn't going to make it so we had him christened. But Alfie had other ideas, he managed to beat the infection and start breathing on his own. He came off the vent in March and was on cpap. He was moving and trying to open his eyes!
Unfortunately he caught another infection so ended up back on the vent.
Up until today, Alfie has come off life support 3 times, once for 4 hours once for 4 days and another for 13 consecutive days.
He can open his eyes, cough, stretch, respond to his physio and to his parents and also hes shown he can breath by himself.
They have told us to get lawyers!!!
They want to turn his life support off!!!
Please help us to try and get Alfie the diagnosis/treatment he needs, we do not want to let him die when there could be something to help him!!
Thank you!

I am lucy, I care deeply about Alfie Evans as I believe what is happening to him is so wrong. This little boy is fighting everyday, and he's showing the world he's fighting. Just because there's no diagnosis doctors want to give up. That's why I want to help 💙