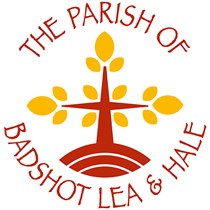 Weʼve raised £755 to help fund the restoration and ongoing care of the Kitty Milroy murals, outstanding examples of mural art and of national importance.

We are fundraising for the restoration and ongoing preservation of the Kitty Milroy murals, which were painted by artist Kitty Milroy in the early 20th century using local people as models.

Now recognised as being outstanding examples of the form and important in the development of women's art in the 20th century, the murals were allowed to fall into disrepair. Now, however, we are restoring them and have brought in expert conservators Rickerby and Shekede. We need to raise more money to complete the process, including mending the roof to make it watertight, and ensure the ongoing conservation of the murals so that they can be enjoyed for generations to come.

A stunning example by a major artist

Speaking to Sky News recently conservator Stephen Rickerby said: "This is a stunning example of a period of art in the 1910s and 1920s when women artists were gaining a reputation and Kitty Milroy's work is fantastic, it's an amazing standard of work. She was a major - but unrecognised - artist. She went through her life not being recognised for her talent and it would be gratifying to see that reputation restored to her through this one remaining mural that's left."

There are further details about the murals here and a few of the figures are below:

An inclusive church in north Farnham serving the community of Badshot Lea and Hale, and home to some stunning murals now recognised to be of national importance.