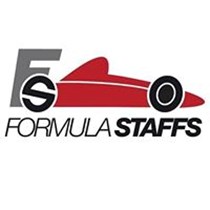 Weʼve raised £0 to Help Staffordshire University Students to compete in the Formula Student Project, wherein they will build a Formula 1 specification vehicle.

The project entails designing a ¾ Formula 1 specification vehicle based around strict regulations and rules set by the institution, then building and racing the vehicle at the end of the educational year at Silverstone, UK. The format of the event is such that it provides an ideal opportunity for the students to test, demonstrate and improve their capabilities to deliver a complex and integrated product in the demanding environment of a motorsport competition. The project forms part of the engineering degree and is viewed by the motorsport industry as the standard for engineering graduates to meet, transitioning them from university to the workplace. It is a kite-mark for real-world engineering experience.

In the previous year over 140 universities participated in the event at Silverstone, UK. It is one of the most talked about competition in Engineering at an educational level, and is an event that most students dream of attending. Not only does the event involve many universities from around the world, but it also attracts major sponsors such as Infinity, Ferrari Scuderia, Mahle, Jaguar Landrover, Mercedes-AMG, as well as numerous influential VIP’s.

We would like to invite local companies to be a sponsor for Formula Staffs during the 2017-2018 project periods as well as to the event held at Silverstone, UK. In addition to the press and media exposure benefits of being a sponsor for the team, we aim to provide the opportunity for local businesses to be involved in building something truly unique, enabling our brightest young students to become exceptionally capable engineers. Arrangements can also be made to present a sponsor booth at the event, attracting masses of interest both into the formula student team and any supporting companies for other students and industry experts such as yourselves. Any additional requirements requested can be implemented by the Formula Student team.