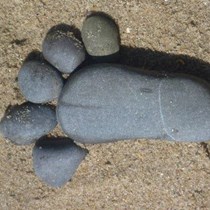 Last year we celebrated the 200th anniversary of the pipe organ being gifted to the church. The organ has a unique history. Originally built by Elliot in 1817, the organ was positioned on the north side of the chancel.. In 1974 Bishop rebuilt and enlarged the organ, moving it to an elevated platform at the west end of the nave. Further work was carried out in the 1980’s. Many of the pipes are the original Elliot pipes and much of the casement is as it was in 1817. Sadly, over the past few years it has been noted that the organ has become less and less reliable and many of the pipes have started to deteriorate.

Two reports have been commissioned by the church; from Nicholson’s of Malvern and from Clevedon organs. The reports both show that the organ is in urgent need of maintenance and repair. The electrics in both the console and the organ need to be replaced and many of the pipes require bracing as they are bending and in danger of breaking altogether. The organ requires a complete overhaul and clean with work estimated to take between 12 and 15 weeks.

The quotes for the work considered to be essential are in excess of 100,000. It is felt that the organ is of historic importance and therefore worth the cost of its repair. The organ is very much valued by the community. The organ is played each Sunday for services including Holy Communion, Morning worship, Worship for all and Evensong. Throughout the year the organ is used for many weddings, funerals and memorial services. The church has hosted a number of concerts and productions such as the recent Nativity play and the organ has been featured in them all. It has noted by many that the quality of sound produced is befitting of our beautiful and ancient building.