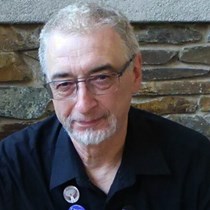 I don’t usually have the opportunity myself to raise money for the Convention charities.

For several of the recent (cancelled) conventions, people have asked lightheartedly if I’d wear a kilt for part of the event (as I did for a

German Con - and for the Wincanton Scout Jamboree). The Convention Committee wondered if this might raise money for the Con charities..?

Soooo... they suggested ... what if I did wear the kilt for part of the August Con … if I were sponsored? Well, my drama group's next show is 'Macbeth', so I thought... 'Why not?'

Donations were going so well, so I said that if we reached £1000, I'd also change into a more formal kilt outfit for the Gala Dinner.

**NEWS UPDATE. People are amazing! We've crashed through the £1000 barrier. Well done, everyone!**

Donations still keep arriving so -- just to stop JustGiving trying to encourage me to close this down as 'complete', I've altered the target figure. BUT - we killed the (real) £1000 target!

Every penny raised will go to the Convention charities - equally shared between the Orangutan Foundation and Cerebral Palsy Midlands.

If you're donating and you're attending the Convention - you're entitled to ask me for an exclusive button badge (see pic). As Dibbler said (Guards! Guards!): "Upon personal application" 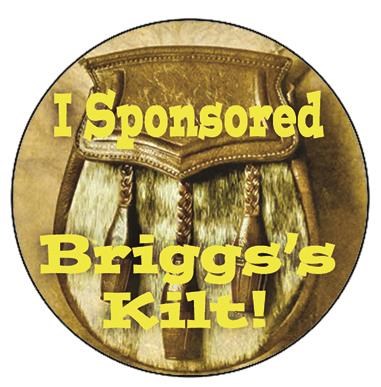