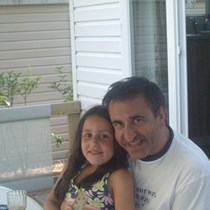 Weʼve raised £1,820 to raise funds towards the Stenhousemuir Supporters Trust commitment of £10,000 for the 1st team squad for the forthcoming season.

The Stenhousemuir Supporters Trust have committed to raising £10,000 towards the player budget for the forthcoming season. The club finds itself in a tough financial position so all support will be greatly appreciated by the supporters and Brown Ferguson the 1st team manager.

£10,000 could allow the manager to add two additional players to the first team squad.

On 11 September, as part of the Pedal for Scotland event, I initially hoped to raise £1,000 to contribute towards the £10,000 target by cycling 46 miles from Glasgow to Edinburgh, but I've been staggered by the support and I've had to revise that target (upwards! )

Any donations would be greatly appreciated. Thanks for your support.

"Mad" Stenhousemuir supporter and member of the Supporters Trust