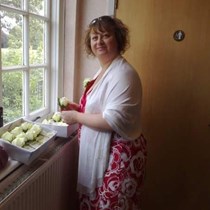 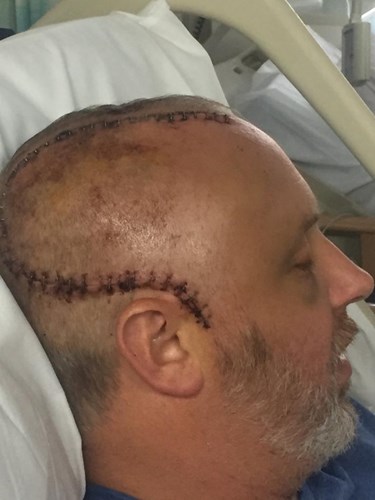 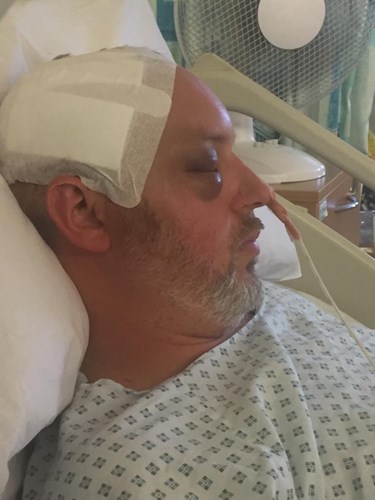 This is Stephen Sutton (my 'little' brother) out on a date night with his lovely wife on Friday 27th July 2018! A family man with a heart of gold , a very hard working man whose wife and 3 sons are his world.
As a family the decision was made 3 years ago to relocate to Lincolnshire to give the family a better life. The family together settled very quickly and made friends and were looking forward to the future and their first proper holiday abroad as a family in October 2018.

On Friday 3rd August 2018, one week after that picture was taken and at just 39 years old, Stephen suffered a Major Ischemic Stroke whilst at home.

This resulted in him having an emergency craniotomy to release the pressure on his brain, without this surgery we were told he would die.

Two weeks after the stroke and subsequent surgery Stephen had a Pulmonary Embolism which was a major setback on his road to recovery.
In the months since his stroke Stephen has worked tirelessly at his physiotherapy and rehabilitation with a determination rarely seen, to enable him to get home to his family and back to work, a job he loves, and try to regain some normality.
Although he was home before Christmas, and physio continued at home, this has now stopped! He has had his quota! However, he will only continue to improve with more physiotherapy and hydro therapy, and only then will he be able to return to work.
If you think that this would never happen to you, I would urge you to think again.
Stephen was a fit and healthy young man with everything to look forward to, and this happened with no warnings.
The future for this family is already, and will continue to be very challenging for some time to come.
If you are able to help in any way at all by making a donation, however small, or can offer Stephen free physiotherapy or hydrotherapy, this will help improve his chances of returning to work so he can support his family once again.
Thank you in advance and for taking the time to read Stephens story.