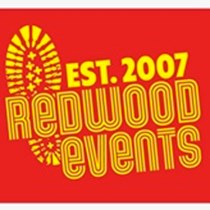 On September 27-29, 2019, a group of football fans and some ex-pro footballers are undertaking a continuous 167mile fundraising walk from Bradford City FC to Liverpool FC via Bolton Wanderers FC and 15 clubs in between. Stephen Darby was a former player at each of these clubs. Stephen was diagnosed with Motor Neurone Disease last year and, with his close friend Chris Rimmer, is setting up a Foundation, the Darby Rimmer MND Foundation, to raise awareness of, and fund research into the disease, The Foundation will also look to provide support for others who have MND.

There is always great rivalry in football but in matters like these, fans come together. Supporters of 12 different teams form the core group of walkers here doing their best to support Stephen and the Foundation. We are hoping that football fans across the country, across the globe will want to get behind this extremely worthy cause.

All donations are hugely appreciated by the team and by Stephen, Chris and the Foundation, which is in the final stages of being set up. It will take a further few weeks for this to be finalised. As such, at this stage, we have to use this Crowdfunding approach.

For more information, check out the event website at Redwood Events

The Event Brochure is available here

The core teams include

We are a team who have raised money for various charities in the past (details can be found in http://www.redwoodevents.co.uk/previous-events). Are proud to be supporting the Darby Rimmer MND Foundation on this amazing event.