Weʼve raised £3,126 to Help make some happy memories for Ebony and Coden after loosing their Daddy.

Ebony aged 10 and Coden aged 9 have had more heartbreak than any child should have to deal with. In 2015 their Daddy was diagnosed with Cancer at the age of 26 then began 3 years of Chemothearpy At James cook hospital in Middlesborough. The kids had to see their Young seemingly healthy dad become weak with the gruelling treatment he had to endure, he could no longer kick a ball about with Coden or push Ebony on the swings, he became tired, weak and sick from the Chemo and the days that weren‘t spent in hospital were spent laid in bed or on the sofa as the treatment took its toll.

Towards the end of his treatment Steven started to feel and look healthier and was able to start being the Dad he wanted to be, the family made plans for the future and hoped that the treatment had worked. Finally in December 2018 Steven had his last treatment and was given the All Clear, the Family celebrated with a little break away to Butlins and began to imagine how life could be now Steven was cancer free. It was the best time for the Kids as all they had ever known was Dad being unable to join in, Steven promised this was the start of more fun times ahead.

Then tragedy struck the young family for a second time, just 1 month after the All clear Steven became ill again , and it was confirmed that the Cancer had returned, there was only one thing for it this time Steven had to have a Stem cell transplant, luckily his Sister Stacy was a match and in April 2019 he had the Cell graft he needed to save his life. The graft was carried out at The Freeman hospital in Newcastle and Ebony and Coden were again separated from their Daddy hoping and praying that he would come home.

Although the transplant was a success Steven became sick with Secondary Fungal pneumonia which saw him fighting for his life in ITU, Ebony and Coden remained strong and so brave, they visited Daddy and were hopeful he would come home, he did get better and fought the pneumonia only for it to return a second time, how much more could these two kids go through? Weeks later steven returned home to his family and although the road to recovery was going to be a long one at least they had him by their side. They even had a wedding to look forward to as Steven had proposed to Mummy.

Surely better times were to come ? Sadly this was not to be the case, Steven was admitted to hospital again with an unknown infection and spent a further 4 weeks in ITU fighting for his life. It was a fight he however did not win and on Wednesday 14th August he passed away with his family by his side a month before his 30th birthday.

Please help us raise some funds for Ebony and Coden who really deserve some happy times with their Mummy, we would love to send them on a holiday of a lifetime next year to commemorate the passing of their much loved Daddy . 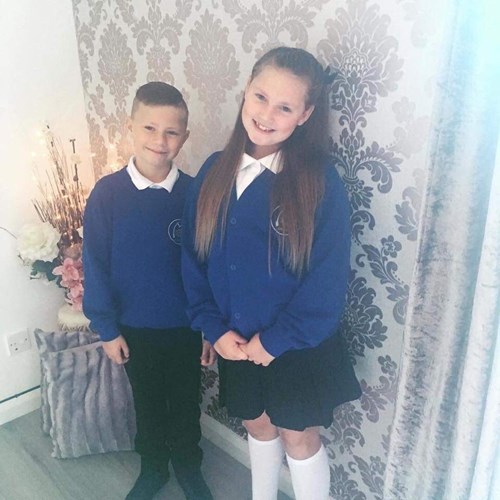