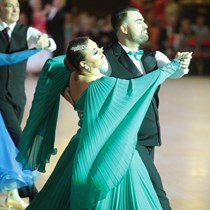 After Northumbria Police posted on their facebook account about Steve and the awful act that happened to him and the bees he cared for, a number of posts commenting on the article, stated people wanted to support him.

I have no idea how much needs to be raised. But lets see where this takes us!

“A beekeeper has slammed “mindless” vandals in Hebburn after they smashed up two hives – killing more than 100,000 bees. At around 1.50pm on Sunday, May 27, police received a report of vandalism in Carr-Ellison Park. Offenders climbed over a nine-foot fence and destroyed the man-made wooden hives. Owner Steve Cattanach, of South Shields, believes around 120,000 bees were killed as a result of the vandalism and an investigation is now under way as police look to trace those responsible. The offence took place at some point between the evening of Tuesday, May 22 and when the damage was reported. “It’s incredibly frustrating,” said Mr Cattanach, who has been a passionate beekeeper for the last decade and who has visited dozens of local schools to educate young people about the animals. “It’s just mindless, heart-breaking really. “Beekeeping is like any hobby – it’s my passion. But for people to just carry out such a disgraceful act with no thought whatsoever as to the consequences or harm it may cause, it’s hard to take.” Mr Cattanach admitted his first foray into beekeeping came shortly after learning about the potential health benefits of honey. Since then, he’s shared his knowledge and passion with hundreds of children across South Tyneside by delivering talks about the importance of bees in local schools and at community events. “My sister lives down south and always used to suffer from hayfever,” he said. “One day, someone told her that a teaspoon of honey every night can help to cure it. “Within a few weeks, she said she could run through a field of rapeseed and feel absolutely fine. So I started to read up on them, and it became a hobby. “I’ve been going into schools for six or seven years now. I think it’s important for children to learn about these things. Albert Einstein once said that if bees didn’t exist then man would only have four years to live, because of pollination and what would eventually lead to a shortage of food. “I think there probably is a lack of appreciation for the importance of beekeeping. “Hopefully, someone who saw the hives being vandalised will see this and come forward – and help bring whoever destroyed them to justice.”

Anyone with information surrounding the offence is asked to contact police on 101 quoting reference 578 270518 or Crimestoppers anonymously on 0800 555 111.