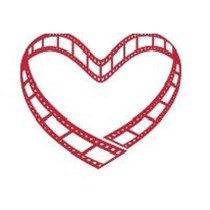 Weʼve raised £3,500 to release Still Loved into cinemas. We have reached our target now but please still donate so we can make the film more widely available.

We've spent 4 years making this beautiful, sensitive documentary which shows how families survive the loss of a baby. It's a powerful, compelling film which will resonate with anyone who ever has, or ever will lose someone they love.

We have had 3 preview screenings of the film and it was met with an overwhelming response.

“If you see one documentary in the next 12 months - make it this one. An insightful, visceral, honest & moving account of how parents deal with stillbirth. Feel like I have learnt so much tonight about this subject and more on complexities of bereavement. A mighty achievement.”

“Such an informative, brave & honest film that touched me deeply.”

We want to bring the film to cinemas around the UK so that audiences have a chance to see the film together on a big screen. It's been beautifully shot and edited with fantastic sound design and original score. It deserves to be seen in a theatrical setting. We will also bring our panel of filmmakers and baby loss experts along for a Q&A after the screening.

1 in 4 pregnancies ends in a loss. The film is being released in October for International Pregnancy and Infant Loss Awareness month, so our aim is as many screenings as possible around the country to help change attitudes and bring understanding and awareness to something that is still very much a taboo, yet affects millions of lives every year.

The cost of this release is high. Even getting a certification which is a legal requirement costs us £1000. We have made this film on a low budget, but to a high standard because people like you have supported us throughout.
We have a shortfall of £3000 to enable us to release into cinemas and the costs this incurs.

Please help us to take the final step to getting Still Loved onto a screen near you by making a donation today.

Debbie Howard is the Writer, Producer and Director of Still Loved and many other films. She set up Big Buddha Films ten years ago and makes films with great passion and integrity. You can find out more about Debbie's work on her website at www.bigbuddhafilms.co.uk