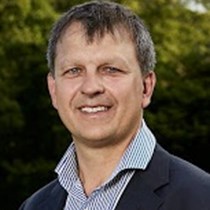 Weʼve raised £2,959 to fund a video to teach people how to stop their PTSD nightmares in 1 day.

Although around 5% of the world's population suffer from nightmares (i.e. a bad dream that wakes you up), this can be as high as 90% for those who have experienced psychological trauma, and usually involves other distressing symptoms such as shouting, screaming and fighting in your sleep. Nightmares are therefore prevalent with: military and veterans; the emergency services; prison officers; abuse and assault victims; refugees, and those involved in accidents and natural disasters. That's about 500 million people worldwide!

Although nightmares can clear up their own, they can also last for many years, leaving victims exhausted, bed partners battered, and have a major impact on physical and mental health. Stress also makes nightmares worse, creating a downwards spiral of despair that makes PTSD harder to deal with and can sadly lead to suicide in some cases.

Most people struggle on, and if they do find a therapist, many will not be able to resolve nightmares. This is what the wife of a UK veteran with PTSD reported: “Many nights have been disturbed by violent nightmares and sudden outbursts. I have woken up to find his arms around my neck and have been lucky enough to bring him out of what I can only describe as a hypnotic trance. I have been kicked out of bed, stopped punches and witnessed his horror on waking up to find me dishevelled and shocked.”

This is the reality of PTSD nightmares: untreated, under-reported and a serious physical and mental health issue.

I have spent 5 years evaluating the effectiveness of nightmare treatments as part of a self-funded PhD at the Anglia Ruskin University. This involved teaching an innovative approach to UK veterans suffering from PTSD nightmares at 4 Help for Heroes Recovery Centres. Of the 62 veterans who learnt the technique during a 2-hour group session, half of them improved by over 50%, resulting in fewer nightmares, more sleep and, the most significantly, reduced PTSD. Forces TV broadcast a news clip which included interviews with some of those involved.

An article has also been published in a peer-reviewed scientific journal, and my PhD thesis has now been completed. This project was also awarded the 'critics prize' at the Kings College Annual Military Mental Health Conference chaired by Sir Simon Wessely in 2018. I recently gave a 5 minute 'flashtalk' to a group of trauma therapists at the European Traumatic Stress conference in Rotterdam.

This brief self-help technique can be taught in a variety of ways, but I want to make it freely accessible to all by creating a 5-minute whiteboard animation with voiceover. The resulting MP4 file will be shared far and wide and has the capability to change many lives, sometimes after just 1 night! I have refined the teaching of this approach through many hours of development and testing, and know exactly how to make this work effectively.

I am looking to raise £5,000 from this crowdfund - 50% of the £10,000 required to make the animation - and am pledging the other £5,000 myself - so you can be assured that I will be spending your money wisely! Everyone who contributes will receive the completed animation, which is entirely not-for-profit. For those who pledge £50 or more, the last screen of the animation will contain your names - we only need 100 such pledges to fund this project!

If you have any questions, please contact me at mail@justinhavens.com .

Thank you for your support, Justin.

Psychological Therapist with a special interest in trauma, PTSD and nightmares.