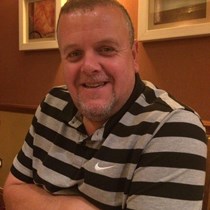 Weʼve raised £780 to help my neighbour have the garden of her dreams after suffering a very large brain tumour.

Julie moved to Bourton pending medical discharge from the army due to a variety of injuries/ailments sustained in service. Hoping for quieter life, over the past 5 years she has got drastically worse, struggling with injuries since her discharge with little support but last year I personally witnessed her physical health deteriorate over the year on quite a steep downhill slope. Not one to complain, She carried on doing her best with work and raising her only son. Things got so bad by January 2017 that She decided to go for an eye test due to suffering severe dizzy spells. The Optician picked something up right away and even though it was a Sunday, called out the Opthalmologist at Cheltenham General. After a CT scan, Julie was informed that there was a large tumour (benign) and would have to be transported by ambulance to Bristol Southmead Neorosurgery department to undergo emergency surgery. Not having family in the area and being a single parent made it a much more traumatic experience as She was literally on her own until family could travel up to assist. She underwent surgery the very next day and the surgery went on for an additional 5 1/2 hours due to the sheer size of the tumour. 8 weeks on and still in recovery, struggling with everyday tasks. Her father had to travel over from Spain to look after her as She's not to be on her own. One of the main things She needs is somewhere outside, to wrap up warm and sit in the fresh air but her current garden does not facilitate this as is unsafe with no hard standing to place a chair. We have received a quotation for the work, paving, sand & cement etc. Julie has never been one to ask anyone for anything due to her being so independant. It is on her behalf that I ask for her as her friend and to show her that people do care and recognise she needs happiness.