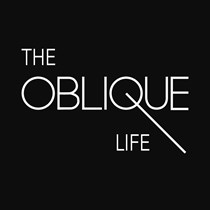 For our final Sunday Night Live of the year, we are dedicating it to North London Action for the Homeless.

We’re incredibly proud to say that 2018 has been an amazing year for Sunday Night Live. Incredible performances every single month, increasingly diverse genres, and the continued support of our amazing community in the audience have all made the vibe so special!

Christmas is one of the best times of the year, however, we think it’s super important that we balance celebration with contribution. We know that not everyone is fortunate enough to indulge in the same seasonal excess, so we are dedicating this event to those that are less fortunate than us.

This gig is going to be extra special because we will not just have our usual supporting and headline act, but will be welcoming our four favourite artists (BOTA, Chiara, Davy Denke and The FortySix) to the stage for a unique group performance. They will each do a set consisting of a cover of a classic Christmas song and a selection of original tracks, and then will join together to perform one special Christmas song to give the audience a one-of-a-kind performance fitting for the final Sunday Night Live in 2018!

This will be an event not to miss! We’ve decided that all of the profits from the night will be donated to North London Action for the Homeless, a charity that provides meals, haircuts, services and more to those who need it. Donations to their 2018 Christmas Appeal will ensure that the people they help will get a special festive lunch and dinner- a privilege that many people take for granted.

So if you want to witness something special and also give back join us this December and come down to The Oblique Life’s Sunday Night Live Christmas Special! 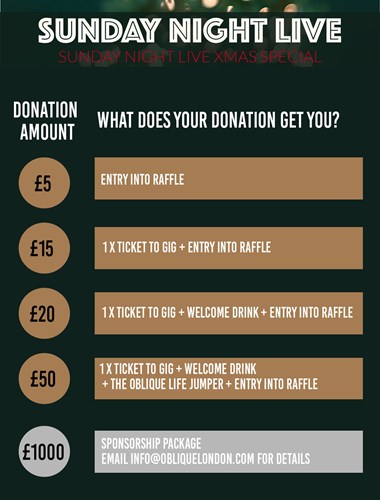 BOTA: BOTA is a Kazakhstani pop princess who we first welcomed to the stage in May, for a live performance of her first pop single, ’Special’, released in 2017. From her roots as a classically trained pianist to a London-based double graduate (of BIMM and LCM) with an album under her belt, BOTA has come a super long way over the past few years! With her excellent stage presence and soft but charismatic and persuasive vocals, she has been compared to superstar contemporaries such as Kylie & Britney. Outside of her solo career, she’s been spotted by the Gorillaz for a feature in their music video ’Strobelite’, as well as the newest Taylor Swift ft. Ed Sheehan video, ‘End Game’. With such talent and potential, we look forward to her performance and see great things in her future!

Chiara: We welcomed 20 year old Italian-French-Londoner Chiara to the stage in June for a wonderful performance. From her stylish vintage aesthetic to her raw, soulful vocals, we got a real exhibition of her exposure to multiple genres, cultures, and languages. She’s been passionate about music from her original works at a 14 year old composer, right up to today- we’re lucky we found her when she did! Outside of her solo career, she’s also the lead singer in Chiara and The Vu, who have performed with Cascada, Wheatus, and Example at a variety of well known festivals. We’re glad to be welcoming her back to the stage for the 2018’s final edition of Sunday Night Live!

Davy Denke: While we’ve known Davy Denke for ages, we only got the opportunity to welcome him to the stage in February. Davy is a Soul Rock singer-songwriter and guitarist who has spent the past thirteen years travelling and gathering different experiences which fuel his passionate and intimate performances. He’s come a long way from his hometown in France, moving through China, Poland, Ireland, and the UK, where he currently resides. Davy has fallen in love with music and intends to use it to share what’s in his heart. We can’t wait see what’s in his heart during the holiday season- what’s guaranteed is that it’ll be an ace performance.

The fortySix: The fortySix is a band we’re very fond of- Karan Master, the frontman, is the first confirmed Oblique Life Artist! They come to the table all the way from Southampton with their own unique blend of genres, which they dub neo-emo soul, combining the melodic heart of pop-punk and emo with the groove and feel that retains the characteristics of neo-soul. They released their debut single, ’46’, on Bandcamp, Spotify, and iTunes back in January but they’ve been working hard on new material ever since- we were lucky to see the debut of ‘2018’, his latest track, at last month’s Sunday Night Live. We’ve been blessed to work with The FortySix during the last few months, and can’t wait to welcome them to the stage for a final blowout!

Tailored towards people who are like-minded, social, genuine & diverse, The Oblique Life is a London based Membership Club & Lifestyle Management Service that puts Community first.