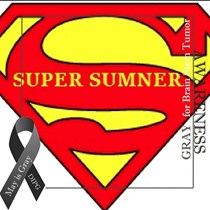 Having raised enough funds for potential CED treatment in Harley Street, London on compassionate grounds we now need to fund ongoing infusions, which are being estimated at £6,000 per month.

Sumner Malik, one of a triplet and one of the brightest and bubbliest young squash players alive, has been diagnosed with a Diffuse Intrinsic Pontine Glioma (DIPG). DIPG is a terminal, paediatric form of brain tumour. ​

There are only 40 cases of DIPG diagnosed a year in the UK but every one of those is a tragedy with no confirmed cure and a non-existent survival rate.