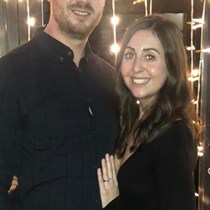 Weʼve raised £3,102 to To help Super Charlie for any further treatment of Neuroblastoma not available in the uk.

This is a fund to help support Super Charlie and his family.

Super Charlie was diagnosed with Neuroblastoma on 29th November 2015. At just 10 months old! 3 weeks before his diagnosis he developed a black eye which I assumed he had bumped on some furniture. This got worse over the weeks so we took Charlie to our local GP who suggested a blood test.
2 days later after his blood test Charlie was admitted to our local hospital and then transferred to Great Ormond Street.
On Thursday 10th December after waiting for what seemed like forever we had our exact diagnosis.
Stage 4 MCYN amplified high risk Neuroblastoma.
Charlie has a primary tumour in his abdomen with bone, bone marrow, liver and lymph node involvement (metastasis) he also has tumours behind his eyes, neck, and chest.
The treatment for high risk Neuroblastoma is very intense and aggressive and will last about 18 months. So far....

Charlie has endured 8 rounds of intensive chemotherapy in 70 days.
A stem cell harvest which took 4 hours.
A 6 hour major operation where fortunately 100% of his tumour was removed.
Charlie is currently 3 months post stem cell transplant. During which he developed a developed a serious and life threatening condition called VOD. this made him so so poorly and we struggled as a family watching him suffer so much.
He is now starting immunotherapy in a hope to keep this awful disease from coming back.

This is a very aggressive and rare form of cancer approximately 100 children aged 0-14 are diagnosed In the UK every year.
Only 1 in 2 children will survive this terrible disease. There is a 50% chance of relapse. At the moment there is Minimal treatment of this happens and Charlie's only chance of survival would be treatment abroad.
We have set up this page to raise money to help with expenses for Charlie, any future care he may need and to donate £500 each to Great Ormond Street Hospital and Clic Sargent. 2 charities who are invaluable to us!

I am Charlie's mum and I was approached by a lot of kind hearted people wanting to donate money to help my family so I set up this page to raise £500 for great ormond street £500 for clic Sargent and the rest to help fund Charlie's treatment if needed.