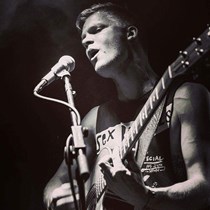 It comes with great sadness to say Cheyne Halliday has suffered a serious accident whilst abroad in Valletta, Malta.

At this current moment Cheyne is in hospital in Malta in a critical condition having suffered a severe neurological injury having fell from a height of 15 meters.
I understand that for those of you who know and love Cheyne this will come as a great shock and of great worry as anyone who has had the pleasure of being in Cheyne's presence, his positivity and spirit are infectious.
His family and colleagues have flown from all corners of the globe to be by his side at this time and Cheyne is fighting.

We are currently trying to arrange Cheyne to be transferred to a hospital in the U.K. and we are also trying to arrange a specialist Neuro-surgeon from America to treat and test Cheyne with the hope of surgery and recovery.

Cheyne has grew up in both Tullamore, Ireland and Durban in South Africa and has spent a lot of his adult life so far working on super yachts as a crew member and he is also a talented aspiring musician with an EP on Spotify and iTunes. He has spent some of his time playing music whilst living in Edinburgh, Scotland and has had a local radio channel play his music along with being a regular musician playing at various venues in Edinburgh. A testament to Cheyne's kind nature comes in the form of having written and produced the soundtrack to last years Edinburgh Gay Pride event within less than a weeks notice. Some of his music can be found on his Facebook page.
I ask for all of those who have ever come across Cheyne, have the pleasure of knowing and loving Cheyne and also the pleasure of hearing him play the guitar to share this crowd funding page requesting donations towards his treatment. Any and All support at this time would be more than greatly appreciated.
We remain positive that Cheyne will recover and pull through this horrendous accident and would ask that you keep Cheyne in your thoughts and or your prayers.