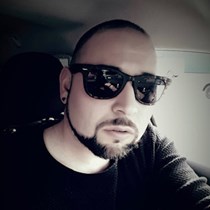 Please donate via the Go Fund Me Page link below.

Terry touched so many people's lives and will be missed by all that knew him, we all knew Tarkan as T or Terry & many knew him as Tel/Tuck/Terrance/ElTel/T-Azar & Proper T, The huge Arsenal fan.

We are setting up this page to honour T's memory, the family have told us they have everything covered but as friends we want to show some love here for our Brother T.

We want to be able to pull together during this difficult time and show our support to Terry's wife Nicola Asar & their Beautiful Daughter as well as his Nene, Dede & Uncle & Aunts, Cousins & Full Family.

T was a Great Guy full of banter, his smile & laughter will light up any room, he was a Great Goal Keeper a Musical Master, song writing skills simply amazing, T could write and tell you a story in his songs, all his songs meant something, go back to 2004 when he released T'Azar 'Just a Taste' , 8 very good tracks all written by T himself, tunes like: Sculpture, Whole Lot Of Lovin & the Classic Summer Nights, T wrote all his own music & collaborated with many friends over the years, he was so good he could be a ghost writer for anyone, come forward he wrote some more great tracks like All In Your Head, Wasted, Saturday Night, Wings, and the last ever release put out was called You & Me, T's Legacy shows us exactly who he was, a family man with a love for Football & Music, I myself with the guidance and approval of family will be releasing some more music from the vocal archives of our good friend, watch this space.

T's music will live on in us forever, we are broken over you Brother T, This is our gift to you Terry.

With Love & Respect to all that knew him especially his Wife Nicola, his lovely Daughter - T's little Princess, his Nene/Dede/Uncle/Aunts & Cousins that he adored very much.