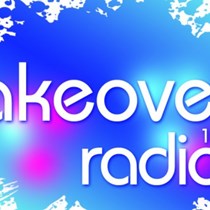 This Campaign is from close friends and collegues of Graham to continue raising money in his memory for Takeover Radio 103.2.

Graham was one of the founders of Takeover Radio, Leicester's first community radio station, which provides in depth, hands-on training in the broadcasting arts, journalism, media and life skills for young people.

Takeover Radio broadcasts 24 hours a day from Abbey Park in Leicester but it's an expensive project to run. It's a a not for profit organisation run by volunteers and heavily relies on funding and grants which Graham was a key part in securing. Following his unexpected death, we need to keep the project, he worked so hard at, going - so many more young people can enjoy and learn from the experience of being "taken over" with enthusiasm for the broadcastiing arts.

Every little helps - Thank You.

Learn about Graham Coley below:

The trustees and volunteers of Leicester’s Takeover Radio and the Children’s Media Trust are deeply saddened to announce the death of our founder and Managing Director Graham Coley (61) after a hard fought battle against cancer. His condition unexpectedly deteriorated while on a family holiday in Spain. He was flown home and admitted to the LOROS hospice.

In 1998 Graham became a founding director of Takeover Radio; nurturing it from short term temporary radio licences to full time community radio stations, first in Leicester in 2001 and then Ashfield in 2010.

Following his early retirement in January 2016, Graham intended to dive full time into running Takeover Radio but was diagnosed with bladder cancer weeks before he was due to leave his management post with Central England Co-op. Since then, he fearlessly and stubbornly refused to let gruelling and invasive treatments interfere with his dedication to Takeover. Graham - being Graham, kept the serious nature of his illness quiet from all but a few friends and colleagues, not wanting to upset the youngsters who train at the station.

Graham’s commitment and influence on generations of young people can never be underestimated. Many have forged careers in radio and television as a result of cutting their broadcasting teeth on Takeover Radio. He was Takeover’s backbone; dealing with all aspects of station management from fundraising to engineering and programming with a bit of carpentry thrown in for good measure. Even while his illness progressed, and he was in extreme pain, Graham would still spend as much time as he could working on the many all consuming tasks involved in running Takeover.

Graham’s legacy is Takeover Radio and the trustee’s intend for it to continue and grow, providing even more opportunities for young people and adults to gain experience in broadcasting and journalism.

Graham was an extraordinarily dedicated man and we are distraught at the loss of our great friend, mentor and inspiration.

Our thoughts are with Graham’s wife Mel and their family.

We are Leicester’s first Community Radio station, broadcasting 24 hours a day on 103.2FM & online. We offer in depth training for young people aged between 8 and 24 in the radio broadcasting arts including, production, presentation, journalism & life skills.