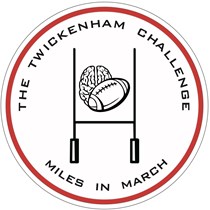 Bude
Health and medical
Funded on Saturday, 22nd May 2021

We would like to tell our story about Malcolm Timney, father to me (Taryn) and Ella, husband to Rosemary.

In August 2020 Malcolm was diagnosed with Parkinson’s. Before being put on lifetime medication, he needed a brain scan to confirm diagnosis. He went along to the brain scan with wife Rosemary. After the scan was done they sat awaiting the confirmation in the waiting room, ready to collect medication on the way out. Time passed, and they became more concerned about the results.

After a while, the verdict was given. Dad had a brain tumour, 6cm x 5cm x 4cm (about the size of a lemon) positioned on the right-hand side of the base of his brain. They explained they believed the tumour was a benign meningioma, which could have been there for 10 years plus. However, this wouldn’t be confirmed until after the operation to remove it. He wasn’t allowed to leave the hospital without steroids, which he had to start taking immediately. They were very concerned that he would have a seizure so it was very important to start the medication straight away.

We received the date for the operation Wednesday 16th September 2020 at the Derriford Hospital Neurology Department. In the time between the scan and the operation, we noticed a massive downward change in his condition. On the day of the operation Rose had to hold him up, while he shuffled his way to the hospital from the car park.

Dad went into theatre later that day. We sat awaiting the call to say the tumour had been removed and all went well. We waited and waited, then finally Rose got the call at 10pm from the surgeon. After a 10 hour operation it had been removed, but with great difficulty, resulting in complications. The tumour had been sat there for so long, it had started to calcify. With this, and the blood vessel that ran through the tumour, it wasn’t a straightforward operation. Rose was told Malcolms brain was “on the edge”. With the impact on the brain, we were unsure what to expect of his recovery, but felt a massive sense of relief that the tumour was gone.

By the following Tuesday, we started to realise that the 4-10 day discharge date wasn’t looking likely. We were then given the news dad's left side had been affected by the brain tumour and/or it’s removal. He had no sensation in his left leg, foot, arm or hand. Being a lefty, this made his recovery fairly tricky. We were told they were waiting for a bed in North Devon Hospital for him to go for rehabilitation. 2 weeks, 2 months, whatever it would take.

Malcom spent the next 6 weeks in Derriford after suffering pneumonia and a bleed. He was then finally moved to North Devon Hospital — a move we didn’t think could come quickly enough. Dad said to me one day “I want to be able to walk again. Not to the end of the road, but to feed the ducks with Dulcie and Johnny” (his grandchildren). After 5 weeks we had a video call to watch a physio session. He had 3 people, a hoist and 2 parallel bars. Trying to get him to swing his left leg, to take a step was very emotional and great, however after 2 months we could see how much more work he had to do to achieve his goal of walking. We were told in that session he needs to move on now, either come home or go to a residential home. We were obviously shocked, as we hoped they would put more time into him. The day after this, I called for a chat with dad around 11am only to be told “he’s going to Stratton Hospital today”. We shall not elaborate on this move or what it did for our stress levels.

He went to Stratton for just under 4 weeks, where the team there got him standing with the support of a Sara Steady, and shifting weight from left to right. However, from the day he arrived there, it was explained he shouldn’t be there. He needed more advanced rehabilitation.

Malcolm arrived in Mount Gould Neuro Hospital on the 27th December 2020. This hospital specialises in brain injuries. He is going to be here until 23rd February, and although dad isn’t walking, we are hopeful he can still achieve his goal.

It’s been a very hectic rollercoaster, but he is now in the best place with the right people and the right equipment to really dedicate time to his rehabilitation. We have decided to tell you Malcolm’s story as we now understand he will need ongoing support, physio, and equipment for the foreseeable future.

* For 6-8 years he complained of “wobblies”. He explained these episodes felt like someone pouring water over his head and running down his back, ending in confusion and dizziness lasting around 30 seconds

* For the last 3 years he complained about funny smells, often mentioning a burning or a strange smell

* For the last 1-2 years he had reduced movement on his left side, which got progressively worse nearer to point of diagnosis

* Over the last 2-3 years his personality changed. Lack of communication, humour and no longer understanding tasks which used to come naturally

* His memory deteriorated over the last year. He forget his wife of 50 years’ birthday

* Over the last 6 months before diagnosis, he would complain about pressure in his head, headaches and pain

Thankfully Ella, Rose and Taryn now have the old Malcolm back. His personality is back to what it was like 2-3 years ago plus. His humour and wit has returned. Although in large amounts of pain, we believe he will continue to get better and he will be back to his old self soon enough. We have our dad and husband back who we didn’t really realise had gone, in so many ways, until now.

As well as telling Malcolm’s story we want to create awareness and raise some money. Brain Tumour Awareness month is March, therefore we will be setting a challenge throughout March called Miles in March - The Twickenham Challenge, where anyone can get involved by walking, running, swimming, cycling or any other bit of kit that you can track distance on. 6 friends and myself have pledged at least 430 miles. We want to see how many more we can do With your help.

You can pledge your Miles in March and see how many times we can go from Bude to Twickenham Stadium (215) between 1st - 27th March with a total of miles announced on the Brain Tumour Awareness wear a hat day which is 27th March. As an avid Rugby fan and ex player and being born in ear shot of the stadium itself, we decided the Twickenham connection was very fitting. Malcolm loves the idea!

Any donations we raise we would like to split between Stratton Hopital, Plym Neruo Unit (Mount Gould), Brain Tumour Research and Malcolm Timney. The funds raised for dad will most likely be spent on a mobility scooter, wet room install and any additional physio he may benefit from.

We would like to finish this story with some advice. When you notice any change in a loved one, even if there could be other reasons for their symptoms, if you feel they have changed physically or mentally please demand further investigation. We knew Malcolm wasn’t well, but due to other possible reasons for his symptoms, we were discouraged from looking further into this, nearly to a point where it was too late for him.

Now let’s raise some money for Malcolm and the Brain Tumour Research!

Walk, Run, Cycle or Swim to Twickenham and back to Bude as many times as we can between us. It is 215 from Bude to Twickenham. We chose Twickenham as dad is an avid rugby fan, and being his birth place too, it was rather fitting!