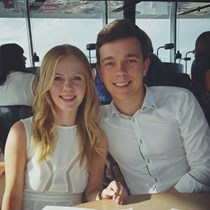 Darren Dawson and two Sons Kieran (21) and Adam (18) are taking part in their first Triathlon July 2nd 2017 to raise money for a trip to Cambodia in January 2018 for Influence Church in Richmond, North Yorkshire and Ratanak UK.

Ratanak International has been working in Cambodia since 1989, in the days when the civil war raged and the Khmer Rouge were never far away. Medical supplies were shipped in, hospitals and clinics built, immunisation programs developed and ambulances supplied. The plight of orphans and abused children led to the provision of schools, building of orphanages and rehabilitation of children rescued from brothels. They also developed literacy, sanitation, and social services programs both in local communities and in prisons.

Today, Ratanak International is responding to the thousands of people in Cambodia who are trafficked and exploited. We work with Cambodians to restore those robbed of freedom and protect the vulnerable.