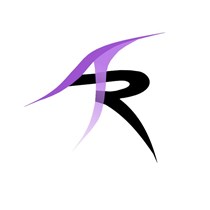 Weʼve raised £2,946 to Help Team AcceleRace get to the F1 in Schools World Finals 2018 in Singapore to represent the UK

F1 in Schools is an international STEM (science, technology, engineering, mathematics) competition for school children aged 11–18, in which groups of 3–6 students go head-to-head in a special Formula One challenge. F1 in Schools challenged students to work in teams to design, construct and race the fastest Formula One Car of the Future powered by compressed air cylinders using the official F1 Model Block and utilising CAD/CAM design tools. The competition currently operates in over 40 different countries after beginning life in the UK back in 1999.

We are Team AcceleRace , a team of S3 Linlithgow Academy pupils who are competing in the global STEM competition F1 in Schools. We are delighted to have been chosen to represent the UK at the World Finals in September, held in Singapore. We are in the unique position that we are 5 girls competing in a STEM competition.

At the Regional Finals we came 2nd in the Development Class and this led us to the UK National Final in Silverstone on Monday 19th of March 2018. In this part of the competition, we competed against teams from all around the UK and won 1st place in the Development Class securing us a place as UK Champions in the Singapore World Finals where we compete against teams from across the globe to win the Bernie Ecclestone World Champions Trophy.

Taking part in such a huge competition comes at a cost and we need your support!

We are Team AcceleRace powered by inoapps! We're an all-girl team representing the UK in the World finals of F1 in Schools 2018! We appreciate all donations that will help us achieve our goal!