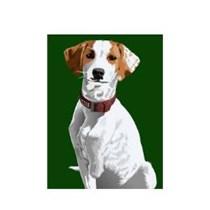 On the night of 28th December 2021 Laila Thorgeson, the founder of Team Lana the Danish/Bulgarian dog rescue charity, suddenly woke up when the dogs sounded the alarm. The place was thick with acrid smoke and the animals were panicking. The worst thing imaginable had happened – the house was on fire!

As the smoke grew thicker and the flames rose higher, Laila’s only priority was to get the dogs, including seventeen tiny puppies and several cats out of the house as quickly as possible.

Against unimaginable odds she managed to do it, but not without great personal cost to herself. Laila lost everything that night, not only her home but everything she owned. She left the house with only the clothes she stood up in and her phone in her pocket.

She suffered burns to her ear and one side of her face, losing her hair and one eyebrow. But none of this mattered to her because she had saved the lives of all the rescues, with only two suffering severe smoke inhalation, both of whom are currently under vet care.

However, when the smoke cleared and the clean-up began Laila was left without a roof over her head. She is currently living in the back of small van with no heat or light or warmth as the electrical wiring was burned beyond repair and only cold water from a hose in the yard.

She has no bathroom or kitchen and is reliant on donations from friends and supporters for food and warm clothing. But with below freezing temperatures and snow due within the week this is no longer an option. There are still the dogs to think of, and while temporary arrangements have been made for the puppies, the cats and some of the older dogs, she is unable to leave the others.

We urgently need to raise funds to purchase a container house with a bedroom, small shower room with a hot water boiler and a fitted sink so Laila has somewhere warm and safe to live so she can begin to heal, regain her strength and continue her rescue work. This is the best and most cost-effective option for a house on a quick turn-around. We’ve been quoted £8,000 all in, including transport and the foundation but cannot possibly raise these funds without the help of animal lovers and rescue supporters.

Every single donation, no matter how small will help. And please spread the word about this fundraiser, the quicker we can get the money to together the sooner we can place the order and get delivery of the home which is so desperately needed for Laila and the dogs.