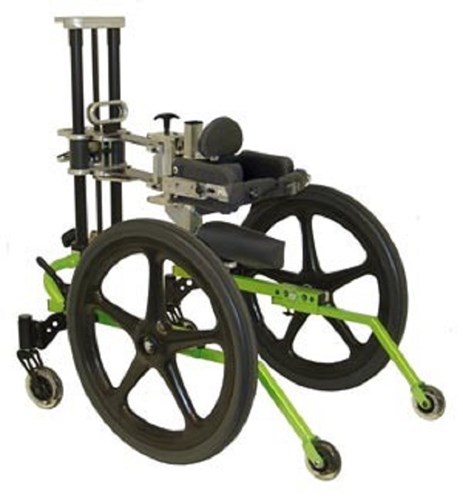 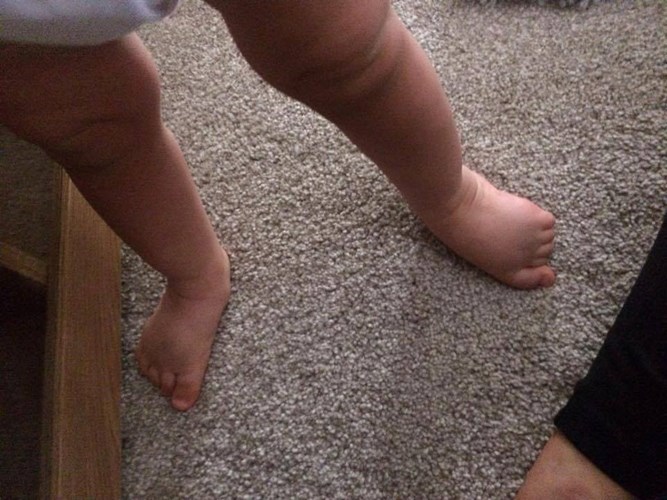 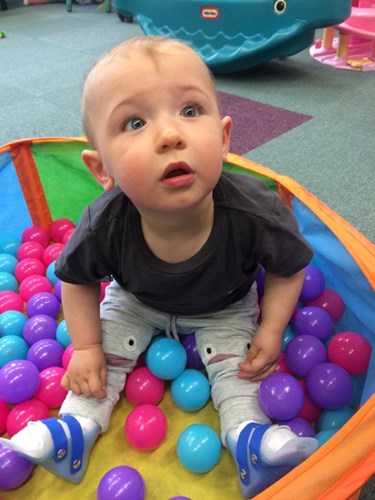 Teddie is a very happy, loving, 18 month old boy who was diagnosed with diplegic cerebral palsy in April 2017.

Diplegic cerebral palsy, also known as spastic diplegia, is a form of cerebral palsy marked by tense muscles and spasms. Leg muscles in particular tend to be extremely tight, and over time, this causes joints to stiffen, reducing the range of motion.

Teddie struggles daily with his motor skills as he is unable to stand and walk without assistance, despite his great effort. He's very determined to get on to his feet, but unfortunately his condition prevents his joints and muscles from forming in the correct way. Specialists have said that Teddie will, at some point in life, learn to walk, however he may always need assistance.

Despite Teddie's condition, the NHS aren't willing to fund a walking frame until he's older, by which time his muscles may have worsened. Having a walking frame will help him gain strength in his muscles and joints and allow him to gain his own independence.
Teddie has splints to prevent his feet from turning inwards, which should be used whilst he is stood up or walking. However, without a frame or assistance, Teddie is unable to do these things.

As parents, we want to give Teddie the best start in life that we possibly can so we are trying to raise £1870 to buy Teddie a suitable walking frame that meets his needs as well as helps him interact with other people and the world in the same way as an average child.