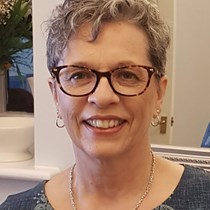 Stanley was born too early at 30 weeks gestation in August 2016, he was placed in NICU and we were very lucky both he and mum came home from hospital.

Unfortunately, having been starved of oxygen during the emergency caesarean he has been left with Cerebal Palsy affecting all four limbs. As a result of this Stanley is unable to walk at all and bunnyhops everywhere he goes.

He is being assessed for Selective Dorsal Rhizotomy (SDR) surgery at Bristol Children’s Hospital and part of his treatment requires that he has as much physiotherapy as possible ahead of the surgery and for two years following, to give him the best outcome possible. Unfortunately, he gets next to nothing in the way of physiotherapy from the NHS so we have had to fund this ourselves. The good news is, that this is working and his core strength is improving and he is now able to ‘stand’ on his knees for a short while.

The estimated cost for the next two years is in the region of 30k and we have made a good start in fundraising. I want to add to his fund by doing something totally mad! Having been treated for bowel and secondary Liver cancer for the past 15 months which in itself is scary enough, I have decided to jump out of a plane at 6000ft and freefall for 45 seconds at around 120 mph!

Please sponsor me in scaring myself stupid for my grandson. Every penny really will help towards our goal.