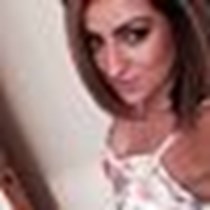 My name is Terri, and I'm fundraising for my best friend Sophie Gackowski.

Up until two years ago, we were just like any other friends - hours would be spent talking about life, food and wine; our most pressing issue? Which countries we'd travel to first so we could sample these things in abundance!

Now, our conversations are somewhat different. Cancer, survival and the unknown now dominate. As two years ago, Sophie was diagnosed with a rare form of Sarcoma cancer (Epithelioid Sarcoma); a tumour had lodged itself in her hand. Sophie was told that her best chance of beating the cancer was to have surgery in the way of amputating below her elbow. Sophie dealt with the surgery and subsequent recovery with stoicism and dignity; she never complained.

One year later, the devastating news came that the cancer had spread; she was facing life with a terminal diagnosis. Chemotherapy was offered with the intent of prolonging her life but not curing.

Sophie immersed herself in extensive research, and only reappeared when she had a plan. After having met other survivors, a picture emerged that Sophie may not be doomed. Some of the treatments Sophie has undertaken and/or plans to undertake include: immunotherapy; heat, oxygen & light therapy; mushroom extracts and apricot kernels. Also, her new diet has to be seen to be believed!

At Sophie's last appointment her oncologist gave her the jaw-dropping news that not only had her tumours barely grown, but that she'd effectively slowed down her cancer x10. She was told to keep doing what she was doing, which takes us up to the present day. Her story is as fascinating as it is inspiring. As Sophie has said herself - death cannot be prescribed.

Sophie's ongoing treatment plan is costly and obviously long-term. Friends & family have raised £11k so far. Myself and friends will be climbing Ceapabhal in Harris on the 3rd of September. If anyone wants to join in on fundraising please get in touch with me or the SoSoph team <3