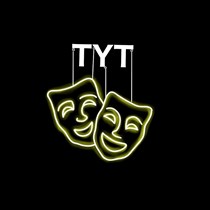 Our Midzoomer Night's dream of keeping us going!

Thame Youth Theatre is a small, local vibrant youth theatre for local children aged 6-18years who attend drama and dance classes at exceptionally reasonably priced term fees; making our theatrical experience accessible to as many young people as possible in Thame and the surrounding local villages.

Thame Youth Theatre was founded in 1989 by Chris Walters (a much admired creative writer and director and passionate drama teacher at Lord Williams's School). It began after he listened to a group of students who expressed they wanted to create more theatre outside of their regular School lessons.

There was born TYT - it has performance at the heart of its philosophy, with members taking part in a number of performances each year in local and international venues such as Aylesbury Waterside Theatre, The Oxford Playhouse Theatre, Kilkenny Arts Festival, Edinburgh Festival including students productions touring to Croatia, California and Australia!!

We are very much integrated into our community, working both alongside Lord Williams's School and other neighbouring partnerships such as Towersey Festival, The North Wall in Oxford...

We put on 12 shows every year, have trained thousands of students - some of whom go into work in film, Television and Theatre- the National Theatre but for many TYT provides an extended family and a safe space to be themselves.

Hear from one of our exceptional Teachers, Clare

"I have experienced the magic of TYT both as a young performer, returned as a passionate director and now as a local parent - It has been marvellous to see how this wonderful community theatre organisation has evolved and grown over the past 32 years to bring such incredible theatre and training experiences to the people and families of Thame and surrounding local villages."

It is run by a Youth Development Arts Manager (YADM) and supported by a volunteer committee. The YADM position covers a variety of roles such as arts administration, fundraiser, stage manager, set designer, costume and prop maker, book keeper, HR, marketing assistant, producer while trying to develop and evolve the organisation!!!! - in essence the YADM needs to cover about 10 people’s jobs!!

The majority of our income came from ticket sales which was abruptly stilted when we had to close our doors in March 2020.

As I’m sure you are aware, the pandemic has caused TYT many problems and sadly the recent tier announcement has left it in a terrible position financially. There is so much cost to cover which obviously can no longer be covered by ticket sales while all our shows are paused. So, if you would like to see TYT stay open .... please consider donating. Thank you so much.

Thame Youth Theatre is a totally independent local Youth theatre and has been running since 1989. It relies heavily on the role of its hard working YADM and voluntary committee members and is Not for Profit. It’s been recognised in the local community for providing access to drama and dance classes and the reasonable fee structure has always taken this approach to reach out to all to be able to participate.

We save funds when we can- 14 years ago, we worked tirelessly to regroup, rebuild and rise up again from the ashes when our little home (LWS East Drama Studio) was burnt in 2007.

Due to Covid-19 we have had to postpone all of our 2020 /21 artistic year of planned performances including many, many shows and our wonderful musical summer workshop extravaganza which would host 80 children in week long residency!

We’ve worked hard again to adapt and move online during the lockdowns but sadly our reserves have been eaten into and we will not be able to recoup as quickly as we would hope.

The postponement of all our in venue classes and scheduled performances has had a substantial financial impact which will leave us going into 2021 with a significant deficit, which may take several years to clear, that is, if we can get through the next few years.

TYT is an organisation worth fighting for; it brings so much magic, laughter and creativity to so many children and their families...please donate as much as you can and share any memories of how TYT may have shaped any part of you life so far...we’d love to hear from old members, families, local businesses and lots of local new families who want to keep this little youth theatre’s light burning even brighter in 2021! 🧡#artsdomatter

As part of your community, Thame Youth Theatre have been able to continue through this pandemic thanks to the loyalty of our group.