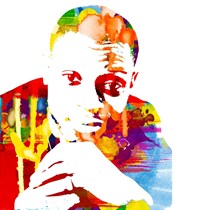 Weʼve raised £360 to help launch a new charity to create opportunities in the arts and education sector for under represented youth in Croydon.

The CNBA Foundation is a charity organisation developed from the legacy of Carl Nathaniel Beatson-Asiedu aka Charmz, son, brother, uncle and friend. A champion and community inspiration, the foundation endeavours to cultivate the essence of his spirit in creating opportunities in the Arts.

Carl was fatally murdered in the summer of 2009 at the tender age of 19 and before his untimely passing had achieved so much at such a young age within the arts sector, such as starring in BBC's children series, 'M.I. High' along with forming a music group of the name KidnPlay.

With the alarming rate of knife crime in the UK, The CNBA Foundation will aim to provide limited scholarships to top arts and media education universities/ programmes for young people. The foundation also plans to provide world-class mentoring for 13-21 year olds attempting to gain access to the music, media and film industries and also become the top rehabilitation provider for at risk youths in Croydon via the arts.