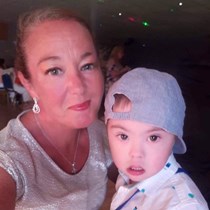 Weʼve raised £3,255 to Help fund the creation of a sensory room at the Excelsior Stadium. Home of Airdrie FC.

Football is a sport loved by many.

For a child who has Autism, the noise and many people in a stadium can be a cause for extreme anxiety.

We want to create a haven for children/young people with Autism.

A place to watch football in the stadium..but, in a quiet area where there will be a sensory area should they need it.

Airdrie FC will be the first club in Scotland to have this established.

The initial driving force behind it was a fan who has a son with autism. Stevie is also an Academy coach with Airdrie. He approached Airdrie's Commercial Manager who has brought on board -

The cost of funding 'The Diamond Sensory Room' will be in the region of £10,000.

We will be doing various endeavours to help achieve this sum.