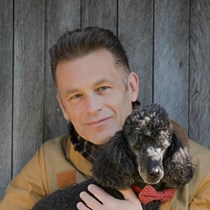 Weʼve raised £19,338 to cover the costs of The People's Walk for Wildlife on 22nd September in London.

On 22nd September wildlife TV presenter and conservationist Chris Packham is organising the first Peoples Walk for Wildlife in central London. For the first time in British history people are coming together to show their concern for our wildlife. The walk will be supported by all the major NGO's, conservation groups, members of the public, schools and businesses - everyone waking up to the fact that it is time to work together to find solutions to ensure we have a world where our wildlife and our future generations can flourish. The walk will be a unique and momentous event in UK history.

There are 44 million fewer wild birds in Britain than when Chris was a boy. More than a quarter of British birds are in danger of extinction or have experienced significant recent declines. (1) Turtle doves are down 95% since 1990; swift numbers have fallen by 51% over 20 years; kittiwakes are down 70% since 1986. (2)

Almost one in five wild British mammals faces a high risk of extinction, with red squirrels, the Scottish wildcat and the grey long-eared bat most at risk. Rabbits, hedgehogs and water voles are also in decline: scientists calculate that there are two-thirds fewer hedgehogs today than in 1995 while water voles number just 132,000 – down from one million in 1995. (3)

Three-quarters of British butterflies are in decline, (4) and numbers of bees, beetles and moths are also falling. Sixty species of moth became extinct in Britain in the 20th century. (5) The common toad is not so common ¬¬- its population has fallen by 68% over 30 years. (6)

The State of Nature Report 2016 compiled by more than 50 scientific and environmental organisations described Britain as “one of the most nature-depleted countries in the world”. (7)

Motivated by his growing concern for this rapid decline of many of the UK’s common wildlife species and the realisation that, although there is great innovation and effective work being carried out by many conservation organisations, the declines continue, Chris realised it is time to take action. Caring is not enough.

In a letter to the UK’s wildlife charities Chris states:

We need to see the bigger picture. We need to unite because we love life – all life. The ecological apocalypse taking place in our countryside is not going to be halted by me. Or by you. It needs us all to act. All of us who have a concern for the health of our landscape and a respect for the life that tries to survive there.

Organisations such as Friends of the Earth, the RSPB, WWF, the Bat Conservation Trust and over 50 charities and groups, dedicated to protecting the UK’s wildlife for future generations will be joining the walk with Chris on 22nd September. London National Park City will also be participating. Starting with a rally at Reformers Tree in Hyde Park at 10am, the route will pass through central London to Downing Street where Chris will meet and deliver a letter to Environment Secretary Michael Gove.

This is an exciting opportunity motivated by a desperate concern in troubling times to make a real difference. I think we need unity, to stand together and demonstrate that if we can collectively see the bigger picture then we will find the strength to tackle the bigger problems. Because at the moment, for all our abilities, energies, passions and practices we are not stopping the rot in our countryside. And we can. We have a superb toolkit for effective conservation, it’s been trialled, tested and proven to work but it’s not been put into play rapidly or broadly enough. So now, before it’s too late, we have to be bold and brave, we must shout without raising our voice, we have to get up and get on with it, and we can start by turning up in London on the 22nd of September.