Time to Remember is our project to build a memorial commemorate those who served at RAF North Creake during the Second World War. It will take the form of a large skeletal Stirling aircraft sculpture and include a roll of honour listing all the 73 men who lost their lives while stationed here. We hope that people can learn more about what happened, who were based here, what they did and those who were lost.

We have recently received planning permission for the memorial site so we are now moving into the build phase of the project. We also aim to create a heritage website to share all the history we have discovered about this forgotten airfield. 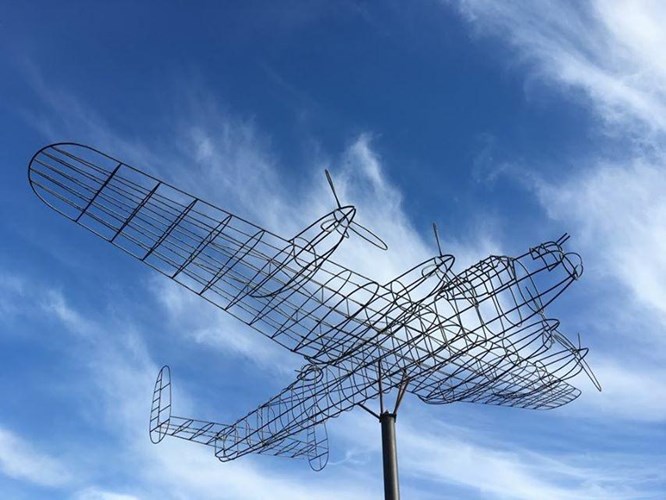 (Photo: Previous sculpture by Andy Knighton Sculptures of a Lancaster which is now at RAF East Kirkby museum.)

We are thrilled that the project is finally moving on the ‘the build’ phase, with every milestone reached we inch closer to having this beautiful memorial to those who served here at RAF North Creake becoming a reality.” Claire Nugent

This just giving money will go towards the memorial funding. We (Nigel Morter and Claire Nugent) are the owners of the Control Tower B&B on the former RAF North Creake airfield. We are organising a series of fundraising events to raise money for the construction of this memorial. Our campaign, entitled ‘Time to Remember’, aims to have a completed memorial in place by the 75th anniversary of the disbandment of the airfield 1st August 2020.

Thanks for your support - it means so much.