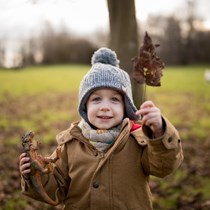 Help us raise our goal £400 sponsorship.

This year over 100 people from Prudential Financial Planning are taking on the summer challenge of walking part of Hadrian's Wall, either 25km or for the more athletic, 42km.

We are Helen, Jude, Richard & Tina. Helen is talking the 42 km walk, and we others will join for the last 25km.

We have chosen Soft Bones UK as our home charity for this event, a charity set up by Tina's friend Meryl, after her son Maddox was diagnosed with HPP.

HPP is an ultra-rare genetic condition, which means that Maddox lacks an important enzyme to grow bones. Maddox was just a few weeks old when he was diagnosed with Hypophosphatasia (HPP).

After a normal pregnancy with no complications, Maddox was rushed back into the QA Hospital after only one night at home. X-rays showed that his bones were underdeveloped and moth-eaten and that he had broken his wrists and some ribs during birth. He had signs of rickets so his legs were curved, he was ‘floppy’ and even breathing and eating was an effort so he had to be put on breathing support and fed with a tube.

70% of children born with HPP die before they reach the age of five.

The outlook was bleak until they were informed about a drug being trialed at Birmingham Children’s Hospital. And that’s where they stayed for the next four months, whilst Maddox received three injections a week of this life-saving drug.

Maddox will have challenges throughout his life, there are physical feats that he will not be able to achieve, but he’s so clever and determined, getting up to most things that little boys do!

Meryl and her family set up Soft Bones UK in 2017, to bring together families affected by HPP, offering support and sharing information. They now fundraise to buy specialist equipment, recently receiving their first request for a specialist walker for a 22 month old in Manchester.