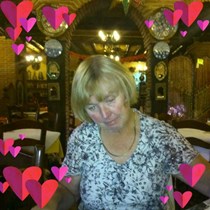 Weʼve raised £130 to develop the North Highland Way. Monies would be paid to a student who is studying IT.

How it all started

A group of local businessmen started to promote the North Highland Way in 2016, after the project had been mooted by the local walking group, the Waybaggers, in 1992. Over 40 local businesses invested in the project, but we were unable to raise the funds, or form a suitable community group. We have received new information about public services' views which is available when you sign up to our newsletter.

Glasgow based journalist, Bill Paterson, wrote several articles for the John o Groats Journal. These will be available on the new web site, along with lots of other information and pictures and maps of the proposed route.

Routes have been logged in Walking World, but there are many places which are not accessible on the coast due to poor ground conditions, lack of signage and other obstacles - all of which could be overcome if we had the money. The new funding raising site would be the start of that.

Where we are now

A book has been written "Creating the North Highland Way" which is available on Lulu (cost £10) which tells the story of how the businesses engaged with public and private services. A local consultation was carried out with the Highland Council. which is available in the book.

There is great scope for the project and it would bring wealth, jobs and economic development to the north.. We now need a brand new web site to encourage people to join a new organisation to be called "Friends of the North Highland Way".

Glasgow based journalist, Bill Paterson, is lobbying Jamie Stone, the MP for Caithness in order to elicit his support.

Businesses on the north coast of Scotland, and within 10 miles of the coast, who donate £50 or more will receive a free entry on the new web site.

The route is 114 miles across the top of Scotland, and has the most fantastic views. The wildlife and scenery is second to none.

The Dunnet Head Educational Trust (2003 - 2016) promoted the idea of the route and was instrumental in getting the local consultation carried out. The Trust also made a video which is available on You Tube.

There is also a video of the route from John o Groats to Duncansby Head.

You can sign the petition on line, and then donate monies to our cause!

I lived in the north of Scotland for 15 years and was very involved in community development, working with public and private companies. I now live in Ireland and am doing the same thing, but still have a great interest in seeing the project work.