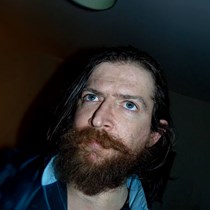 Titanic:Historia will be a unique telling of the fabled Titanic Story, taking the player on an emotionally engaging journey from the laying of the keep all the way to the rescue by the Carpathia. It will be a story of loss, love and give an insight into the hearts and minds of those who were lost that tragic night.

In 1985, when the wreckage was discovered, shards of what became known as memory stones where discovered scattered throughout the wreckage. The memory stones are unique crystal-like artefacts that have the ability to store memory at a quantum level. Historia was founded during the early 18rh century on a world wide endeavour to track as many as these memory stones as possible, fearing if they fell into the wrong hands, the lost knowledge and history could be exploited by those with ill intent.

Titanic:Historia tells the story through the lost memories, where the player is recruited by the mysterious organisasion to bound with the artefacts, and thus relive the memories captured in the skin of the universe. The journey will take you deep into the heart of the ocean, as you explore the lost memories to try and find the final resting place of Titanic's memory stone.

Titanic:Historia will be a aventure out of time, but also a re-telling of the history in a way not done before.

This is Titanic Historia.

I want to make this game for my passion for all things Titanic and historical, I have a story brewing in my head and heart and I’m desperate to tell it despite fighting my own battle with my mental health and anxiety daily. My closest fries know my struggle not just health wise, but in financial terms too.

Watching the trailer you’ll have no doubt picked up on some of the choppy scenes and dropping frame rates, this is due to old hardware that’s just not keeping up with the scale of what I’m trying to do, and thus I’m writing this to try and get support for myself and for the project.

So far I have a funding action plan to get better equipment and hardware to get the game running better, phase one and two are already being rolled out, and this is Phase 3.

People who donate to support the project will get the following.

Producer credit in the game.

A free copy of the end product.

This project is collosol. Asking for help and support with it is something I’ve spent months mulling over, but I’m now at a point where I just can’t keep the pc going as I need it to.

In short this fund raiser will help towards the costs of new hardware and other assets to ensure titanic Historia continues to sail.