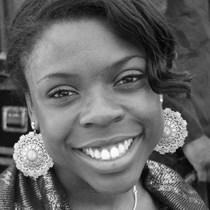 Liberia is a small African nation with a population of about 4.5 million (2015 estimate). To put this in context, the population of London is currently around 8.8 million. The capital Monrovia is the largest city and home to around 25 per cent of Liberia's population.

In recent decades, Liberia has been shaped by political instability. During the 1980s and 1990s the country went through periods of authoritarian rule, oppression and a cruel, long-lasting civil war. Around 250,000 were killed and many more were displaced.

The Liberian civil war essentially destroyed the country's infrastructure and led to crippling poverty among Liberia's population. Despite serious efforts by the current administration, the rebuilding of war-torn Liberia has proved to be an extremely difficult task.

The Ebola virus epidemic which affected Liberia between mid-2014 and early 2016 also had devastating effects on the lives of families. According to estimates from the World Health Organisation, the virus killed more than 4,800 people.

There are various aids agencies who are employing initiatives and strategies to rebuild the nation. Investment in Education has been identified as a means that yields high developmental benefits and has a multiplier effect on future generations. However it is important that the education is of a good enough standard to equip Liberian children with the basic essentials of reading, counting and life skills, which is not always the case.

This April, my husband James and I (both teachers) will join a team of workers in Liberia to help train teachers and support in building facilities so communities in Monrovia and Rivercess can better support themselves and future generations.

Please help us get there and provide resources. Anything you give is massively appreciated.

James and I have been teaching for over 7 years, so have nearly 15 years teaching experience between us! We love what we do, and have always wanted the chance to have impact beyond our vocation here in the UK. When we heard of this chance, we took a leap of faith in signing up