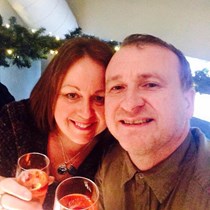 Weʼve raised £640 to buy a granite headstone for Sheffield Wednesday 'super-fan' Tom Wharton (1854-1933) and install an information board at Wardsend Cemetery.

Sheffield, UK
In memory
Funded on Wednesday, 23rd May 2018 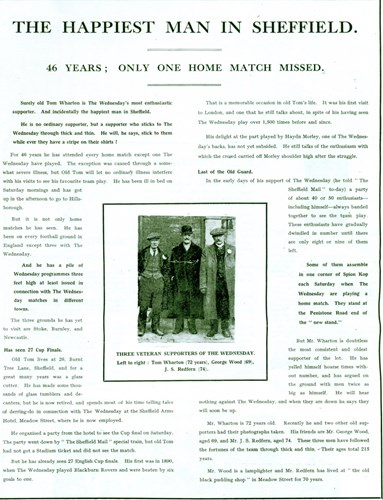 The publication, in September 2017, of 'Sheffield Wednesday - The Official History' and companion volume 'WAWAW - Fans Memories Through the Generations' was the culmination of work that started over two years earlier when the first interview for the fans book was undertaken in my lounge - well-known fan 'Little' Frank Ronksley sitting on my sofa for several hours regaling me of his days following the Owls since the 1940s. It was during the early weeks of research for the main book that I stumbled upon an item, which I had placed in my somewhat haphazard filing system and promptly totally forgotten about. This was a souvenir publication printed by the long since defunct Sheffield Mail newspaper, celebrating the club's Second Division title win of 1926, in addition to featuring other successful Wednesday sides of the past. It was not however the deeds of the team that caught my attention but an interview with a Wednesday fan who remarkably had only missed a solitary home game in an astonishing 46 years and had been to no less than 19 FA Cup Finals, including watching his side when they reached the final in 1890. In modern times, fans can proudly boast of not missing a game for so many years, or even decades, but here was a man whose devotion was quite remarkable - he also ventured away from home and had seen Wednesday on virtually every league ground. Tom was blue and white through and through and it seemed an obvious choice to reproduce his interview, in full, in the book. 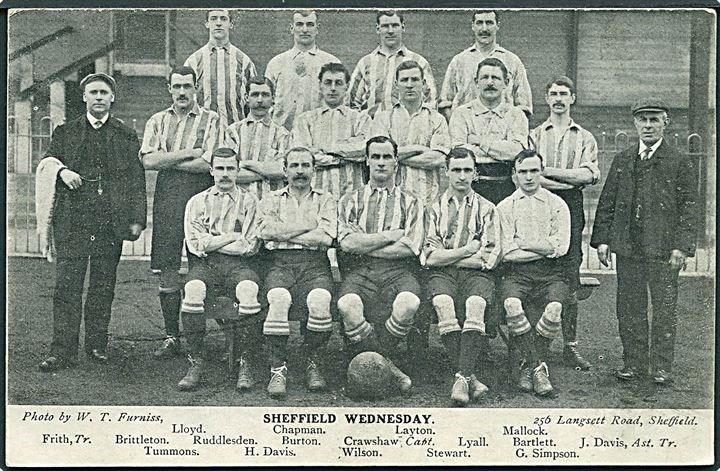 More research discovered that Tom, who married his wife Clara in Sheffield on Christmas Day 1879, sired three children although two tragically died young, with Albert killed in November 1899 when he was one of seven fatalities after a boiler exploded at Sheffield cutlery manufacturers, Southern and Richardson, on Doncaster Street. He was even more unfortunate as the fifteen year-old was only on the premises to attend a job interview when a defective water gauge led to the factory being ripped apart by a huge explosion. Another son, James, drowned in the sea off Sidmouth, Devon in August 1907 - his body being washed up on the beach after he failed to return after his regular morning swim. His third son, George, lived until 1953 while Tom passed away in March 1933, after devoting his life to his beloved club.

It later transpired that Tom, his wife and George are all buried in an unmarked grave in Wardsend Cemetery, just a stone's throw from Hillsborough - thanks to info supplied by indefatigable member of the Friends of Wardsend Cemetery. Howard Bayley (www.wardsendcemetery.wordpress.com). Incredibly the graveyard is also the final resting place of arguably the greatest figure to ever appear for Wednesday Cricket Club - the incomparable Tom Marsden, who was the darling of the Sheffield cricket fans in the 1820s (see my 'Origins of Sheffield Wednesday' book). The Wednesday links continued as when the club moved to Owlerton in 1899 the choice of name for their new home effectively was between Wardsend and Owlerton. The latter name was obviously chosen but the former, which was opened in the year that Sheffield Football Club was formed (1857), is inexorably linked with Sheffield Wednesday Football Club - even the last resting place of Sheffield photographer T.W. Furniss, who captured many of the Wednesday teams of the 1890s and early 1900s, is Wardsend Cemetery.

It is however the story of Tom that resonated with me and after meeting with Howard Bayley and fellow Owls fan Glenn Poulton it was agreed that it seemed the least that today's modern Wednesday fans could do was to raise the money to give Tom a proper headstone, befitting a man who would have witnessed first-hand the club turn professional in 1887 (he may even have been in the Garrick Hotel when the momentous decision was taken to shake off their amateur status) and would have stood on the terraces as Wednesday played their first home FA Cup tie, hosted their first match at Olive Grove, made their debut at Owlerton and lifted their first league title in 1903. His love of the club was complete and the article even described Tom as the 'Happiest man in Sheffield', such was his love of watching his beloved club. Therefore this crowdfunding page has been opened, in the hope of raising at least £1,500, to purchase and install a granite headstone for Tom and his family (complete with Sheffield Wednesday club badge) and erect an information board on site that tells the stories of both Toms, Wharton and Marsden. Research is ongoing to track down living relatives of Tom Wharton and hopefully they can attend when the dyed-in-the-wool Wednesday fan is given a headstone that acknowledges his decades of devotion. 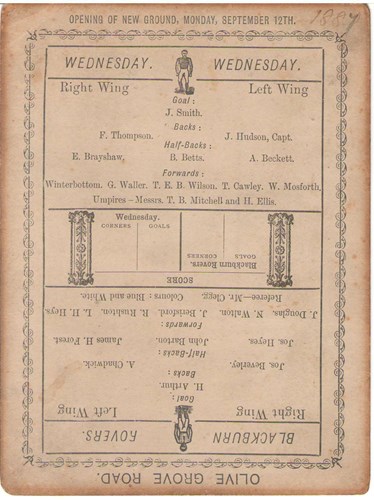 Sheffield Wednesday Club Historian, author of nine books on the Owls since 1999. Home and away season ticket holder and contributor to the club's matchday programme. Accountant living in High Green with wife, Michelle.