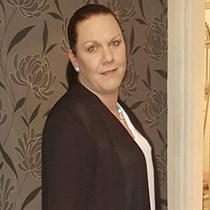 Weʼve raised £1,538 to Callum's next chapter. As his start to life has been extremely hard. there is light at the end of the tunnel but we need your support.

Callum was born at 36 weeks with a planned c-section which ended in serious complications, he was born unresponsive and rushed off to special care baby unit. Life with Callum soon became a battle as he was continually ill. It was Identified in hospital Callum had severe head lag and very poor head control. When discharged from hospital, Callum became severely ill from 5 days old and screaming in pain of up to 20 hours a day. He was taken back and forth to the doctors 3 times a week, and his feeds continued to drop and he became more distressed. In May 2015 Callum was rushed to hospital, and was diagnosed with having silent reflux and put on Ranitidine. Callum was unresponsive to this medication and was still extremely unsettled and in excruciating pain and still screaming up to 20 hours a day in pain. I continued to return back and forth the doctors with doctors continently explaining it was colic. At his 8 week check-up, a doctor was extremely concerned of Callums conditions and the number of visits to the doctor. Callum was admitted to hospital for almost 10 weeks and received many tests including a brain scan and was then diagnosed with CMPI, Reflux, Global Development Delay, Delayed visual impairment, Hypertonia and Hypotonia. As being discharged from hospital Callum was being totally NG Tube-fed and severe food aversion. Day to day tasks are a daily battle as Callum was still extremely distressed managing his number of illnesses. Callums next chapter is surgery however this could take a number of years to give Callum a normal chance moving into his childhood. My challenge is to raise £15k so I can travel to Great Ormond Street who will conduct the operation privately as there was only 1 consultant in Wales that can carry out the procedure. In order to raise this money I will be walking from Cardiff to Caerleon and holding a number of family fun days to help Callum closer to a normal childhood. All donations will give Callum a new lease of life.

We understand that £10k is a substantial amount of money, however the impact of this operation for my little boy will change his life forever. Everyone's response have been completely overwhelming which has given me hope that I can achieve Callum's next chapter. All my love X