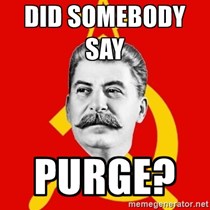 Weʼve raised £9,286 to fund an action for defamation against the so-called charity the CAA

My aims are simple.

This is an appeal to raise funds for the following reason:

20 months ago, I was suspended for 'anti-semitism' despite being Jewish.

Despite taking 17 months to prepare charges, I was given less than 1 month to prepare a response.

I was recently expelled by a kangaroo court in a show trial..

As a leading anti-zionist and campaigner for Palestinian solidarity, I am a key target for the Israel/Zionist lobby i.e. Labour Friends of Israel and the now disgraced Jewish Labour Movement.

I need at least £20,000 in total to get an action for defamation on track.

These actions are essential to fighting back against the Zionists and witch-hunters of the Labour Party. Will you help me to fight Iain McNicol and the Labour Friends of Israeli Apartheid?