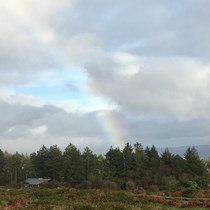 In May 2017 the Torbay Eating Disorder Support Group began. It was founded by a local woman struggling in relapse, on a waiting list for NHS help. She remembered that something that helped her previously had been going to group therapy where she met other people who understood how she felt as they were going through exactly the same thing.

She did some research and found that there were no support groups in Devon or Cornwall for people with eating disorders that didnt require referral or that weren’t part of inpatient treatment. With the help and encouragment of her care coordinator, the Torbay Eating Disorder Support Group was born a couple of months later.

It has grown into it's own community of utterly amazing people, which is really making a difference.

In February 2018, the Support Group for Carers held it's first meeting, and the two groups are working closely to support anyone affected by eating disorders.

Because of its success, we are now looking for help - both practical and financial - in the running and administration of both groups as we move to expand what we do.

With the money raised, these are some of the things we we hope to achieve:

• cover the costs of printing posters, leaflets and banners to publicise the groups at awareness events

• cover the cost of hiring venues for the meetings

We are also looking for volunteers to help us. If you want to help please email us or visit www.torbayedsupport.com

If you can’t donate your time or money at the moment, we would be very grateful if you could share this page. Thanks for reading.

Peer support groups for recovers of eating disorders and their carers and supporters.